Some people say I have gone nuts.

Because I ate 3 days of Peking Duck 北京填鸭 in Chicago. 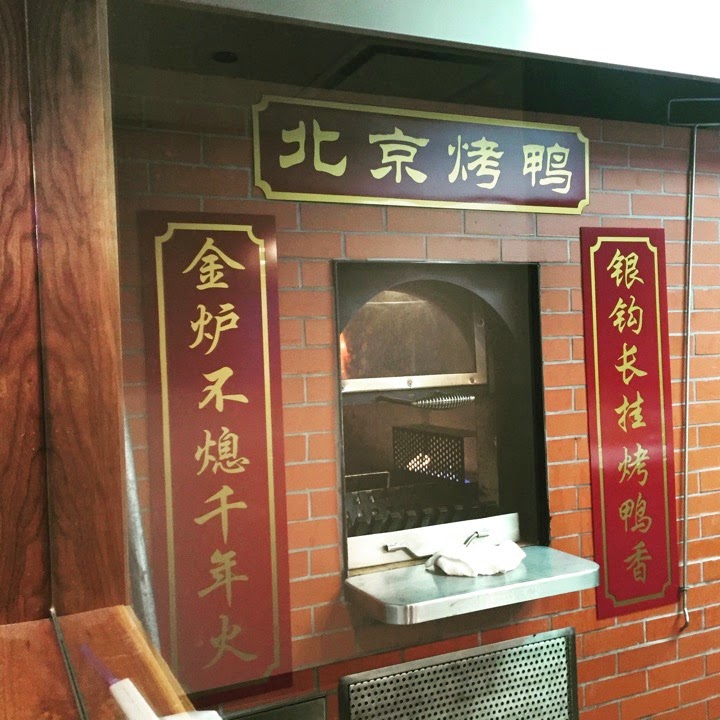 Day 1.  When I first order this Peking Duck.  The chef was cutting the duck beside our table.  And then, he presented us this.

The duck skin and meat at the neck, I think.

With brown sugar sprinkled on it.

The first sound came out from every single mouth in that table, is “WOW!”.

Juicy, crispy and melt in your mouth. 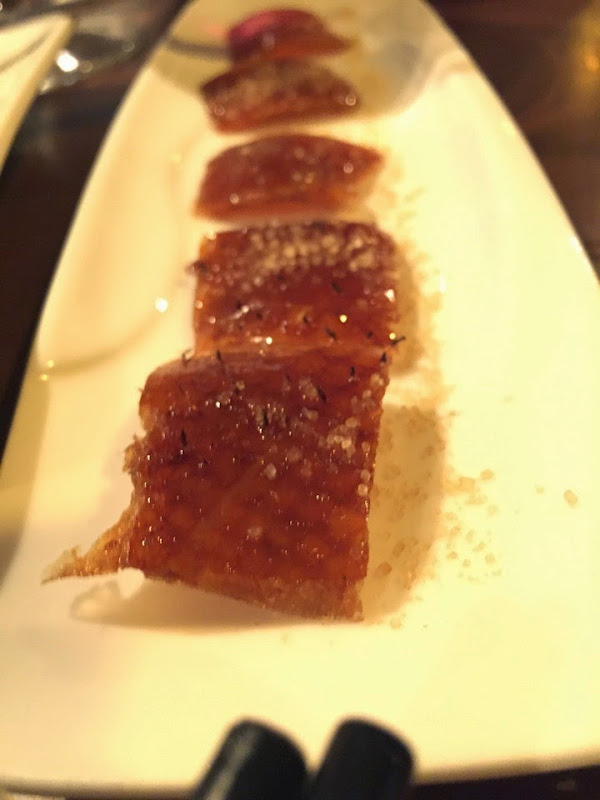 What the heck?  How can Chicago serve the nicest Peking Duck that I have ever taste before? 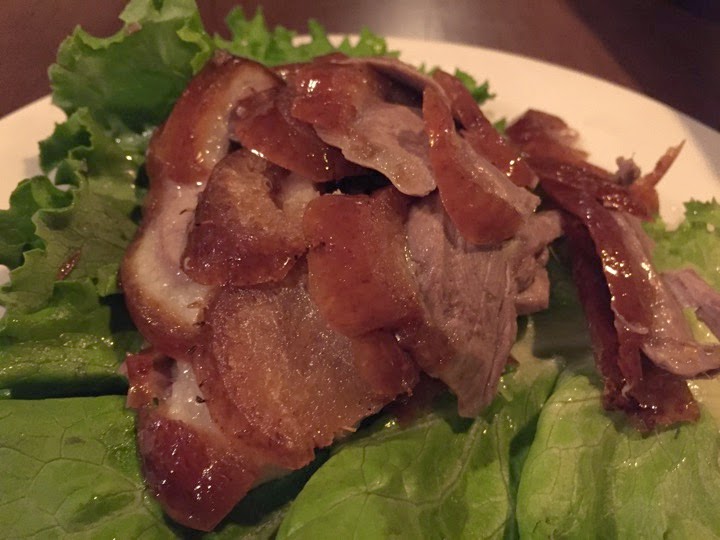 So, next day.  I met up with my ex-colleague who is now working in Beijing.  And she brought along another friend who was born in Beijing.  And both of them are very family with Peking Duck. 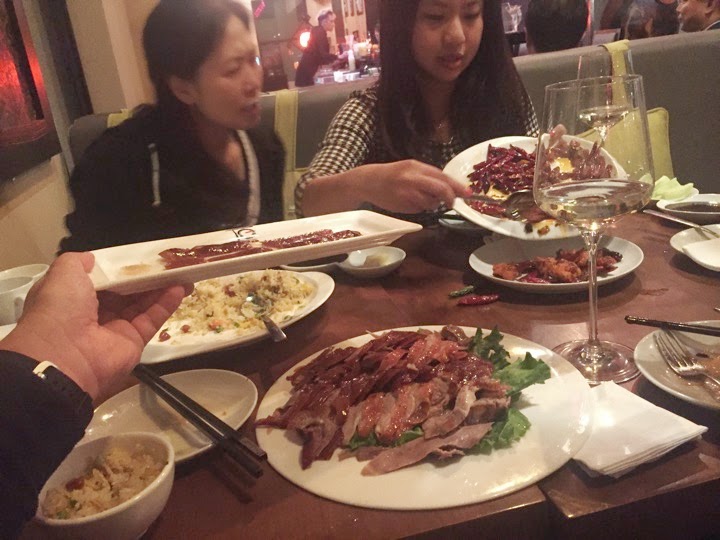 Again, my friends from Beijing says, no doubt this is one of the best duck ever they tasted.  Of course, friends of Beijing cannot be certain as they have not eaten all the Peking Duck shops in Beijing.  So, they say “no doubt one of the…”. 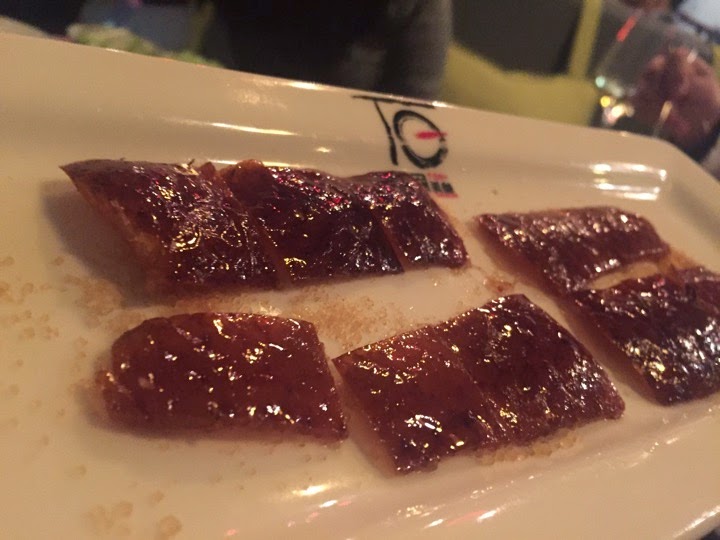 I wanted to see if the taste is different on the second day.  May be the first day the chef got lucky.  But it end up the 2nd duck I took is as equally nice as yesterday the 1st one. 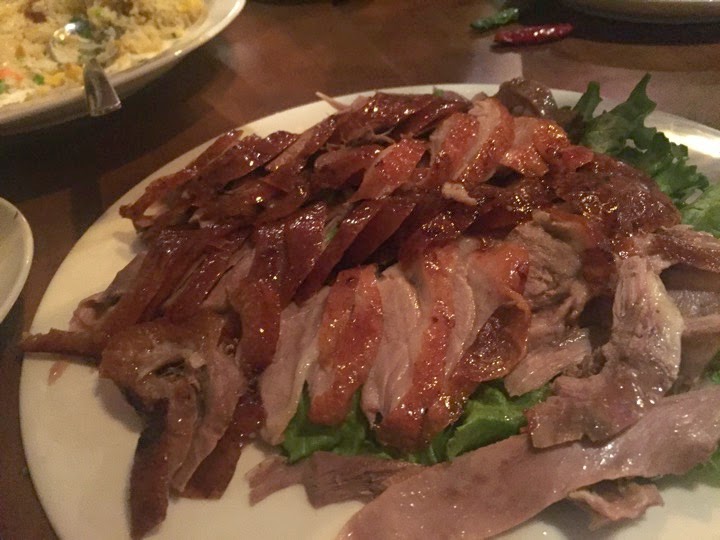 Day 3.  I invited the Singapore food critic (those friends who eat nice food). 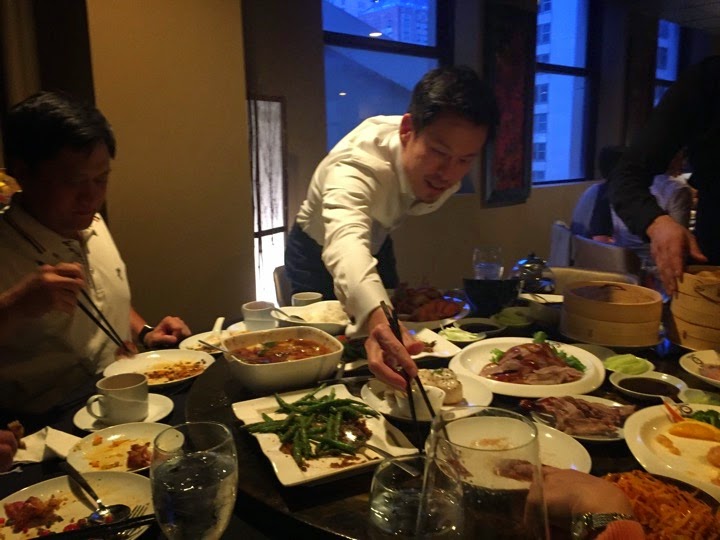 They said the duck is nice. 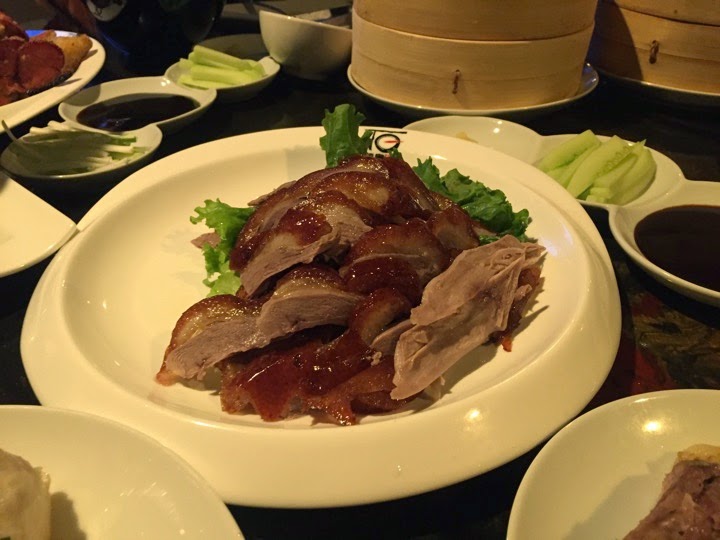 What does the chef have to say? 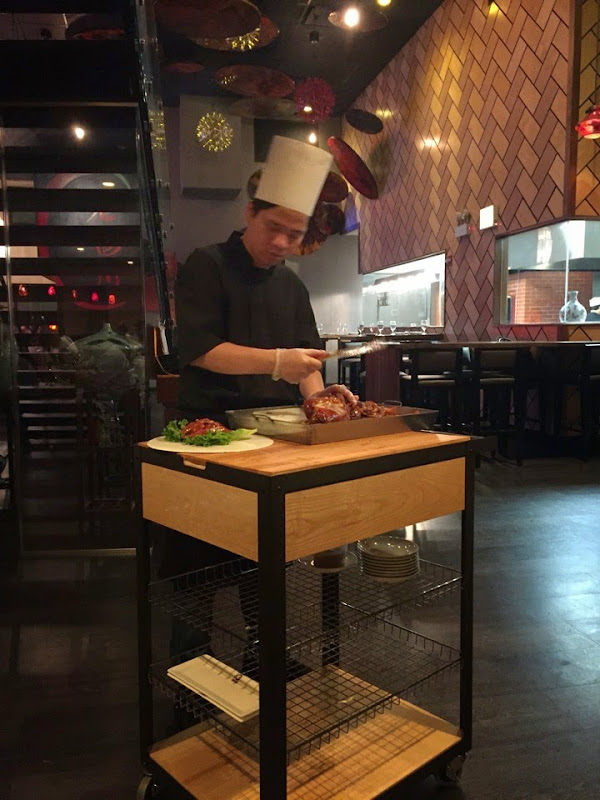 The chef is from 全聚德 restaurant, first batch of apprentice. He migrated from China to US.  One day, he visited Pennsylvania and he found this duck farm where all the Happy Duck was raised.  The Happy Duck run wild in the open, no cage.  The duck was so happy and eat very natural food they could find from the duck farm.  He said the duck in US is much much much fatter and nicer than the duck raised in cages in China.  That is why the Peking duck is so nice, crispy here in Chicago. 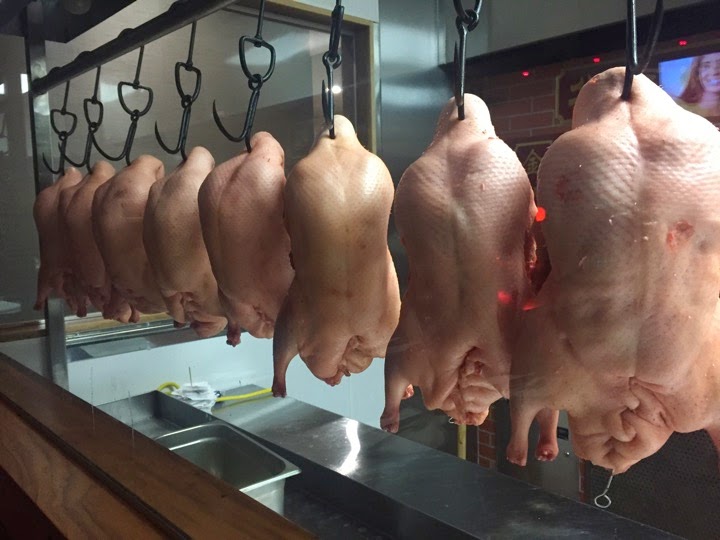 This is where I ate the duck.  Lao Sze Chuan Restaurant at the Shopping centre 4th floor beside Conrad hotel.

So, when you go to Chicago, don’t miss this restaurant. 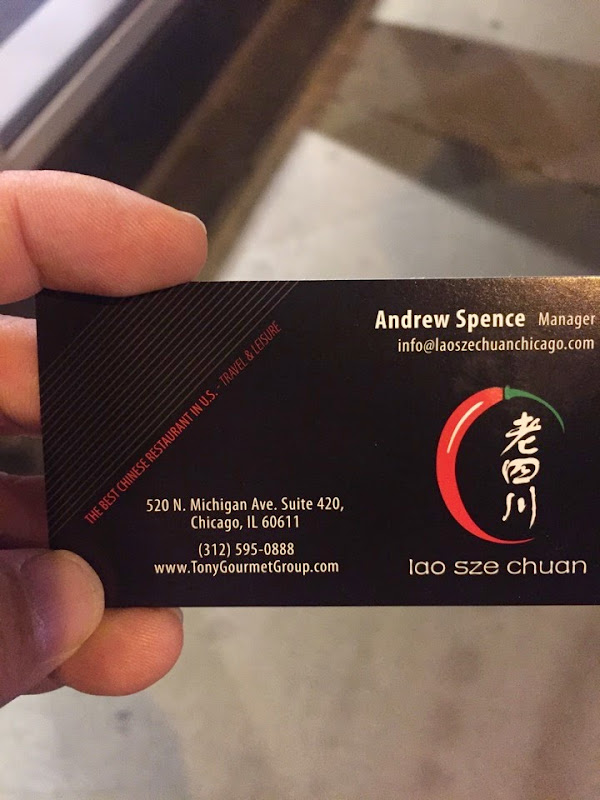 Of course, it has a lot of other food too.  You must book so not to be disappointed.

This is where I had 3 nice dinner in Chicago on 3 nights.  hahaha 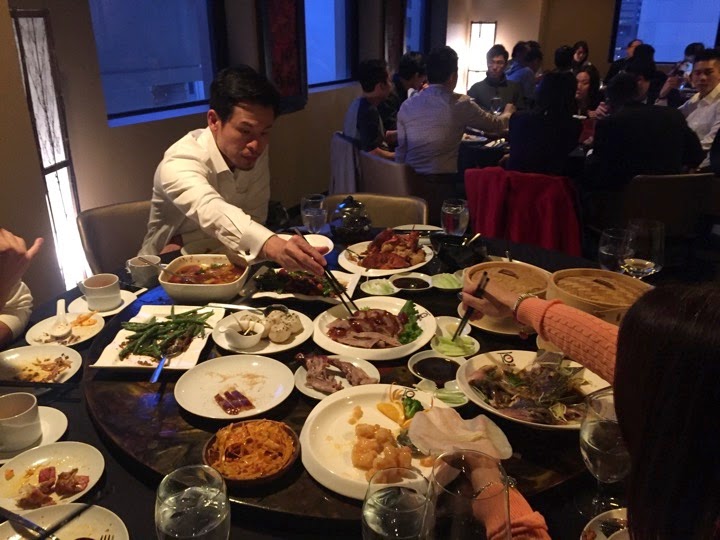