I just got a new router.  I bought it in Sim Lim for S$220.  But later, when I shop at IMM, one of the computer store beside Challenger is selling at S$209. 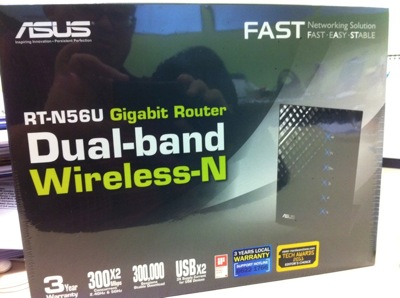 Before that, I replaced my home Internet network router and throw away Singtel useless 2Wire 5012NV Fiber Broadband router (now it is only used for deliverying MIO TV).  I was using a D-link DIR-655.  The Wireless AP served me well for the pass two years.  It's time to change. 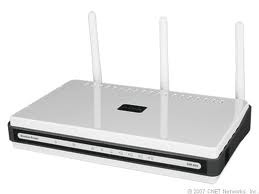 My friend Larry introduced me to a website that has router comparisons.

Go to this website, and start selecting your next router...  For me, I choose "Total Simultaneous Throughput" and you get ASUS Black Diamond Dual-Band Gigabit Wireless-N Router (RT-56U) as the top runner. 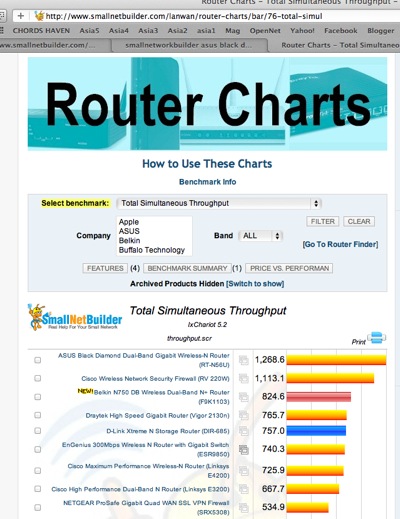 And in my office, I think they recently bought a Netgear WNR3500L which is ranked 18th ...

But all these routers I have seen is no where compared with Asus Black Diamond!!!  It is three times faster than my Apple Extreme.  And the router is stylist too.  One thin piece of devise standing vertically. 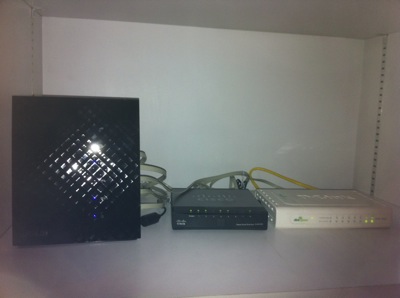 Now, how good is this router and its AP (Wireless) function... Here are some of the test I have done in the office and at home...

In Office We have two Wireless Access Point Router, where one ofthem is the newly bought Netplus WNR3500L... So, I run the speed test on it... As you can see I can achieve 5.7Mbps download and 7.8Mbps upload.  And I am doing the test ping to the Jakarta speed test server. 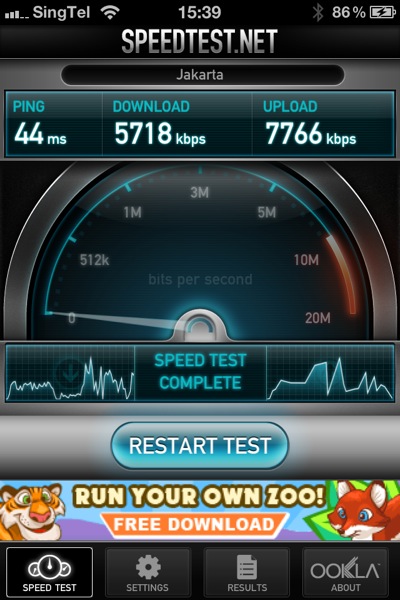 Then, I disconnect the netplus, and log on to the 2nd wireless router.  I don't know what router is that, but I suspect is a cheap router too.  I will not use this AP router as a reference, as it goes to another broadband link that connects to NewMedia Test server.  I provided it here to give a reference. 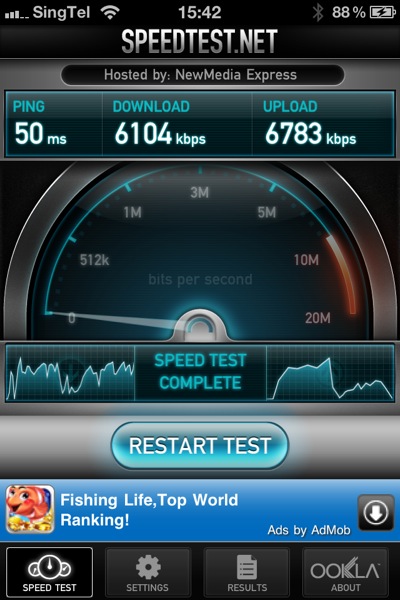 Then, when I plug in my new ASUS Black Diamond.... WOW... I am speechless.  I managed to get 9.1Mbps download and 14Mbps upload.  I am impressed. 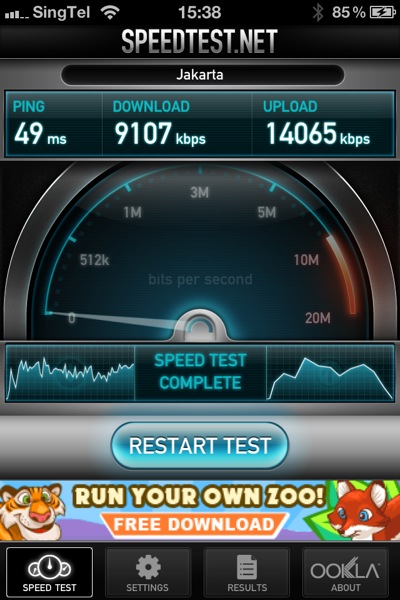 So, I re-run another round of testing... just to make sure I don't get some isolated results... and the results came back almost similar... 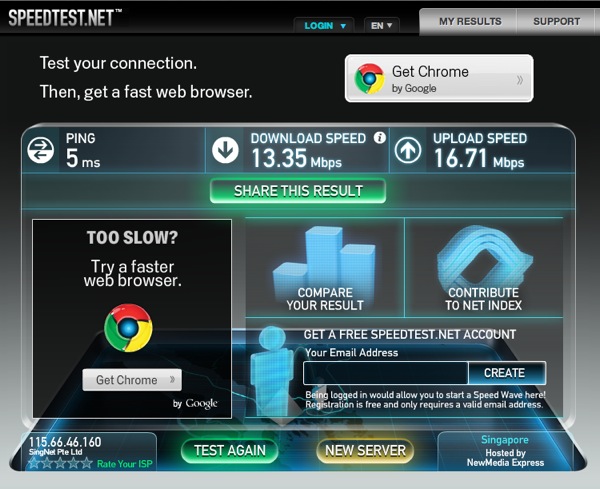 And after I plug that ASUS Black Diamond in, replacing the DIR-655...  The speed becomes 26.77Mbps DOWN and 23.85Mbps UP.  That is what I am talking about.  I had an OpenNet fiber, with Singtel Fiber Internet service of 50Mbps.  My speed should at least closer to 50Mbps, right. 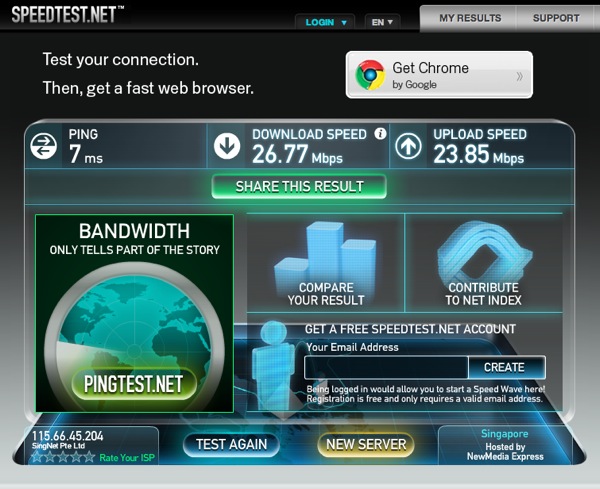 So, I am speechless after I see all the result and I am very happy!

So, I go do more research.... For WAN to LAN Thruput, this is to let the Internet come into your home, handled by your router. 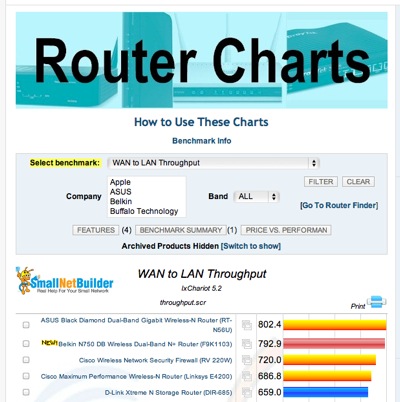 For LAN to WAN Thruput, where your Internet going out... 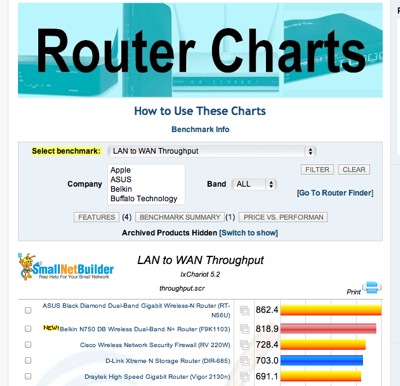 For Maximum Simultaneous Connections.... this is for P2P download... how mcuh you can handle when you download torrents... ASUS Black Diamond is #6 not too far behind.. 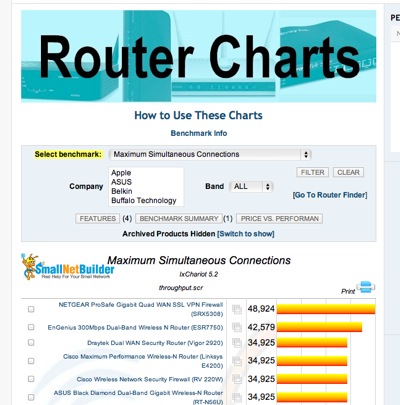 I think I made a right choice for the router... and I am damn happy about it.  The performance I get is much better than before... and I can feel the speed is very stable too. 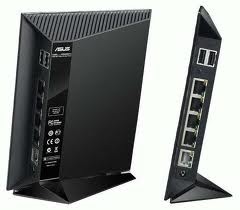