How Your Child Growth

You know your kid has grown up so much.

But can you remember how he grow?

Every time I sent my kids to any enrichment class, I will try my best to be there to watch how he learn, how he do in the class.

If possible, I will take lots of videos.

All these videos are very important, as it can help you to remember, how your kid grow.

Don’t simply take video or photo and keep it in your PC.

For me, from time to time, we always sit together at the living room and look back how the kids grow.

Here is an example… Golf. 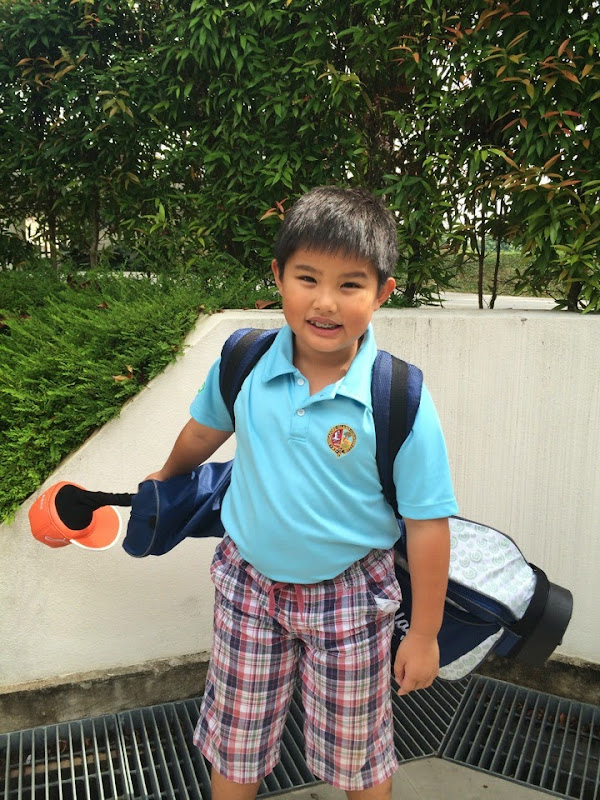 iPhone Slo Mo video is quite cool.  It allows me to show Jay what is his obvious mistake in slow motion.

This is his driver shot.  Later we will compare to his previous Driver shot many months ago.

This is his last shot in the medal competition.  It is his driver shots that gave him a few more points to tie with Rebecca, his classmates who has a very clean and nice swing.

This is his iron shot.  But looks a bit over swing.

Let’s go into the time machine.  And Look back on some of the videos I took through out his golf learning days.

February 19, 2013 - This is the first day he attended a golf lesson.  I specially make this video to remember his first day.

When he saw all these videos… he asked “Did I hit those?"

May 14, 2013 - Few months later, he can handle the driver shot.  Not perfect, but learning how to swing the club is important.

He also keep performing during his 2nd year class.  By winning some medals.

And for the first time in his life, he chip in a ball.

As you can see, from a kid that does not know how to swing a golf club, he has improved a lot during this year.

This is a sport that he felt very proud of.