Three more weeks to go before he starts his new junior golf term under the GAT (Golf Ability Test) class.  Yeap, he is no longer in the Beginner class.

Today, coach James wants to video his golf swing and do some analysis. 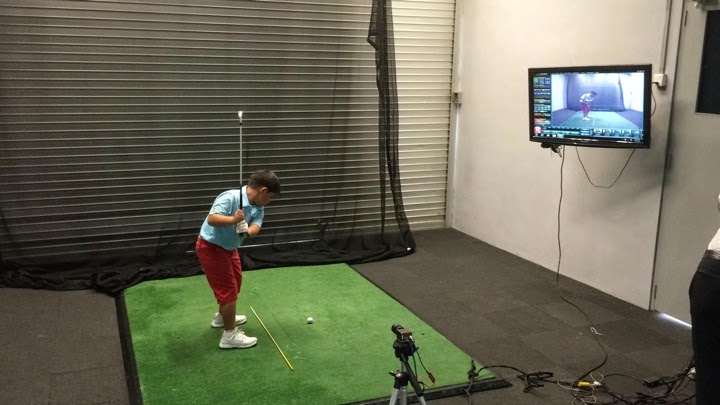 There are a few pointers need to be addressed.  He tends to over-swing a little and causes a weaker grip after bringing his golf club back from an over-swing.  That causes his club face stay open and hit the ball to the slightly right.  The addressing bad habit which causes unstable standing after the swing. 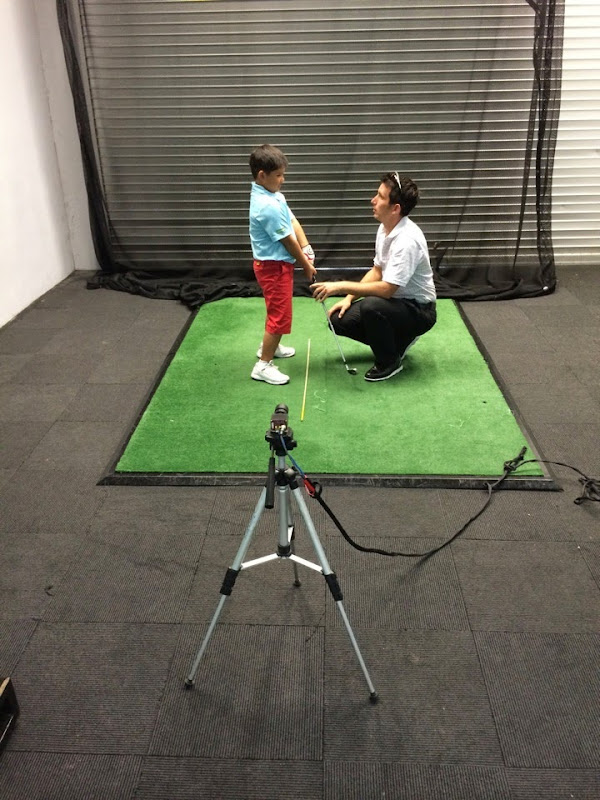 Coach James put a “Happy Face” after fixing some of the bad habit. 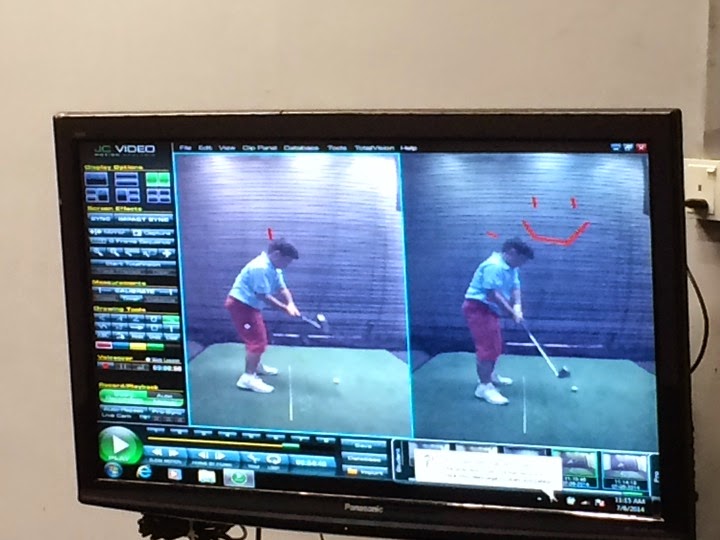 Jay hit a few balls to be captured by the video to do some changes on his addressing, swing, and grips.

After that, he continues hitting more balls to get familiarise with the new swing.

Coach James has pretty good comment about him.  And Jay did what exactly coach James asked him to do. 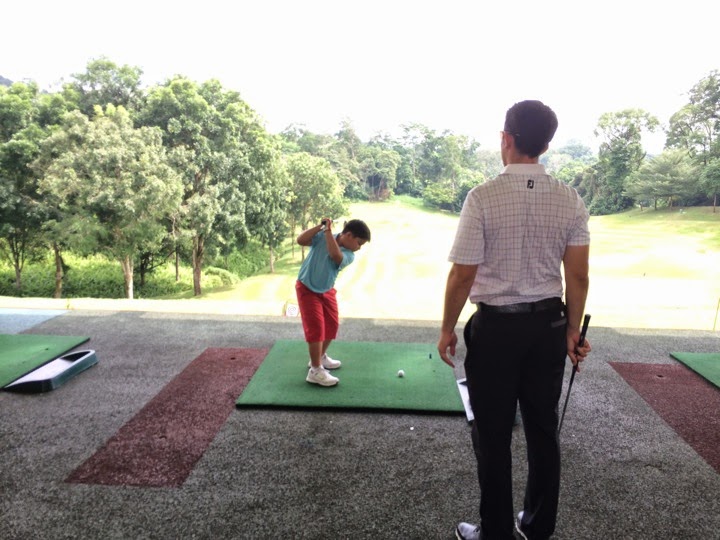 So finally, after a year and half of hard work, he got his Yellow Tag, the license to play at 9-Hole Millennium course with daddy.  :)

From time to time, I will have to bring him to the course to play at the course. 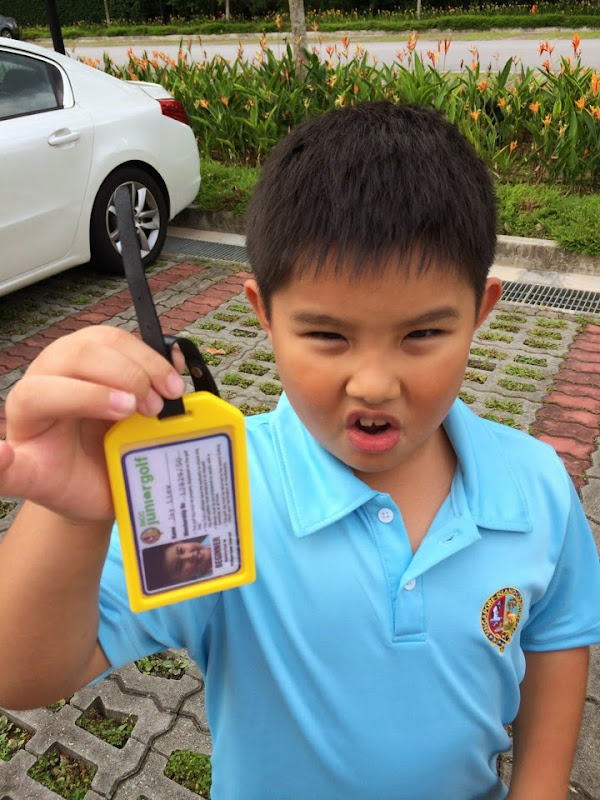 And he deserve a bowl of nice Char Siew Ramen.  Well done Jay. 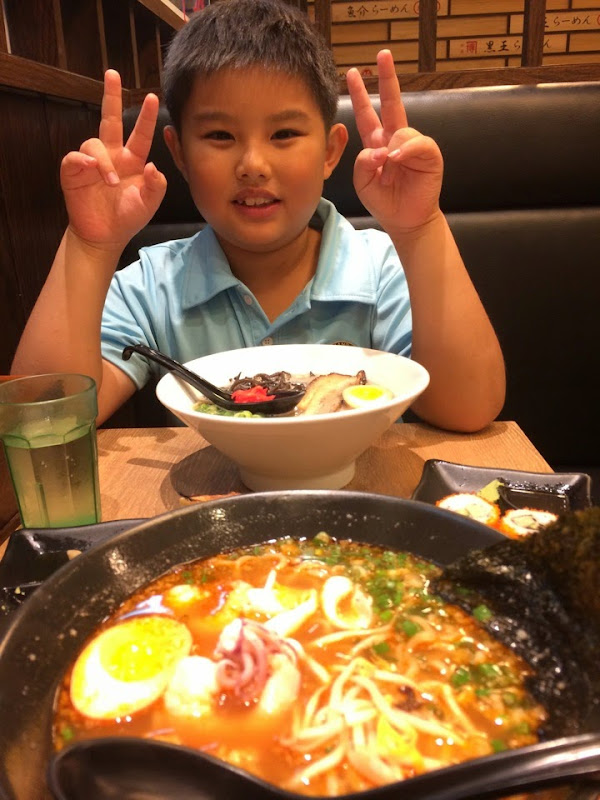 Golf has been his favourite sport for the past few months.  He has enjoyed playing it, and won a few medals too.

So, we looked forward pretty much to see how he will do in the next level.  Golf is a life skill, and once he picked up, he will forever know how to hit a ball and play the game well.