It’s been a long time that I have not been frustrated at any gadget at home ever since I used Apple products some 5 years ago.

Last week, I start to play with my Minix box which run Android OS, and I start to feel the anger once again where I had never felt for so many years. 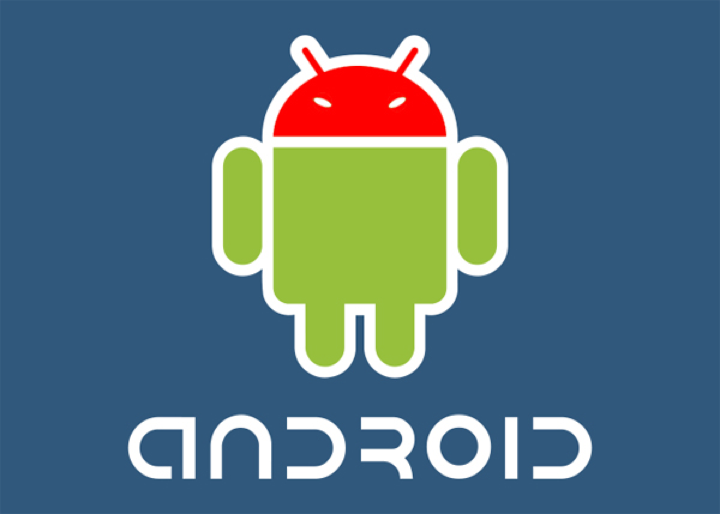 This is not because I am an Apple fan.

This has nothing to do with that.

This is because I was trying to install more apps onto my Minix media box.

On an Apple IOS devices, you simply choose your App, and it works.  (Some may not work because of new hardware differences such as the M7 chip, etc) 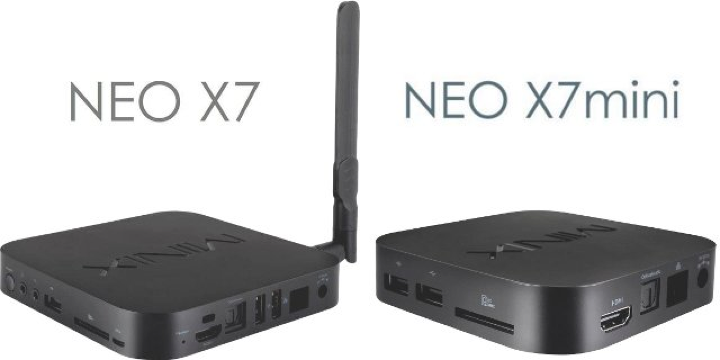 This has nothing to do with the Minix box too.

These boxes are running Quad Core Cortex A9 Processor with Quad Core GPU.  All have 2GB DDR3 ram.

Just think about it… My favourite TV box is running only Single Core CPU.  So, these boxes are much more superior than Apple TV hardware.

They are called Android mini-PC.

No #1 enemy of Android, is not iOS.  It is their own fragmentation. 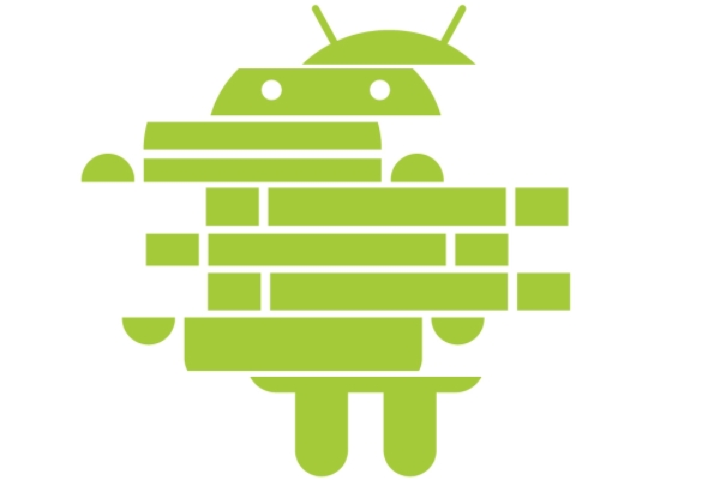 So, here is my experience.

1.  My small little project is to find some cool apps to be installed on my Minix box.  I am not talking about any special apps, but rather, apps such as Suho, Youku, LeTV app.  These are all China apps that gives you tons of video streaming contents.

2.  So, my first choice is to install the app from Google Play store.  Unfortunately, that does not work.  There is no specification of App for TV purpose.  So, many of the Apps that I downloaded is either bad in resolutions, or it is specially written for “Mobile” usage, those app that keep popping up annoying notifications saying use 3G must pay more that kind of thing.  And sometimes, I could not find the App I wanted.

3.  So, installed a “Black Market” App to try to see if I can find my App from there.  Again, resolution not correct.  Even Netflix or Hulu does not work well on the Minix box I had.

4.  So, I used “Baidu” to start looking for the App I want.  I become more clever now.  I start searching for Apps that has “HD” or “Pad" in their App name.  Thinking HD gives higher resolution.  But I was wrong.  Most of the App which is HD is for “Pad” version.  Again, I wasted the entire evening installing useless Apps.  Most of these apps has higher resolution, but it does not work with the TV box remote.  And yes, since the Minix box is served as my TV Media box, I will need the Apps to be working perfectly with the remote control. 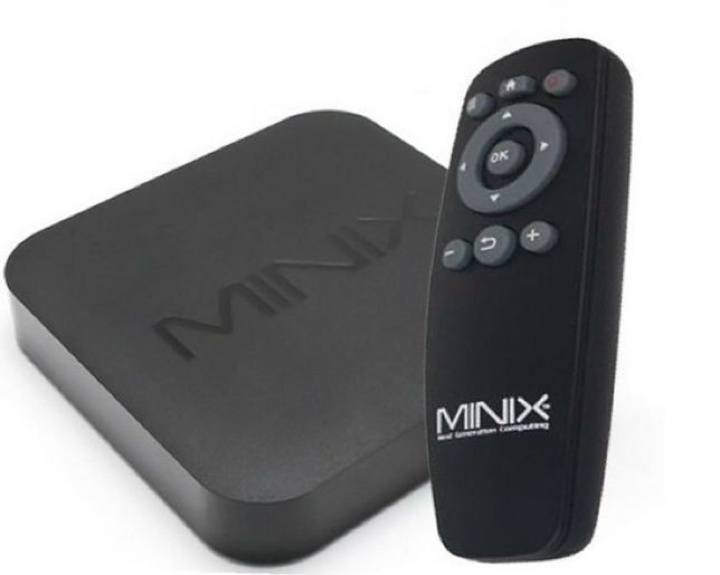 5.  After trying for so many days, I was not even near to perfect my Minix TV media box.  Just think about it, my Xiaomi box also uses Android OS, but it has an Application Market Place that has all the App that is approved by Xiaomi, and it will guarantee working on Xiaomi box to the correct resolution, and work with Xiaomi remote and so on.

6.  At last, I was happy to find the App that is needed to install on my Minix.  It is called “Sofa Butler” (沙发管家) 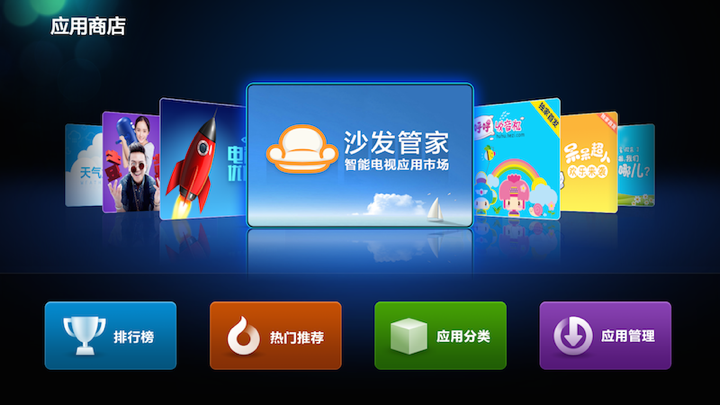 7.  This small little App here, is a gateway for you to download all the TV box related App.  You got to make sure the App that you download, be it Sohu or PPTV, all are workable with the TV.  Usually they will have a “TV” wording on their App icon.  And they will tell you it is a “TV Version”. 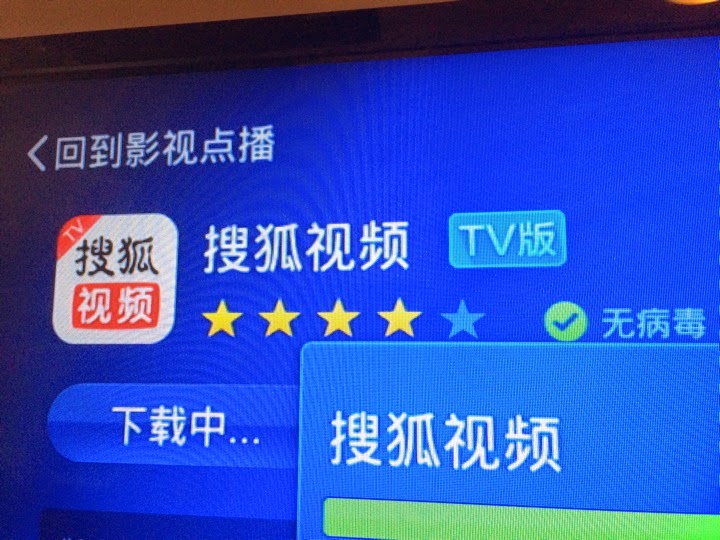 8.  It is very important, because, they make sure all these App works with the TV remote control. 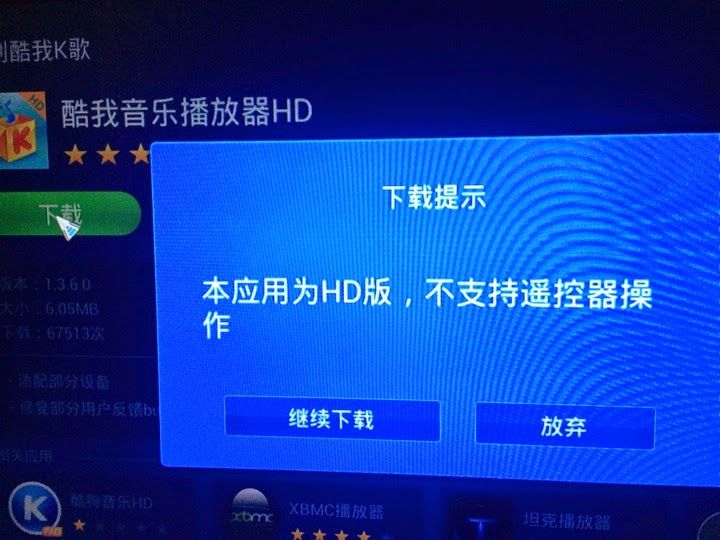 9.  So, once I found the Sofa Butler, my next job is to download all the TV compatible App, and try to figure out which one work with ViewQwest ISP the best. 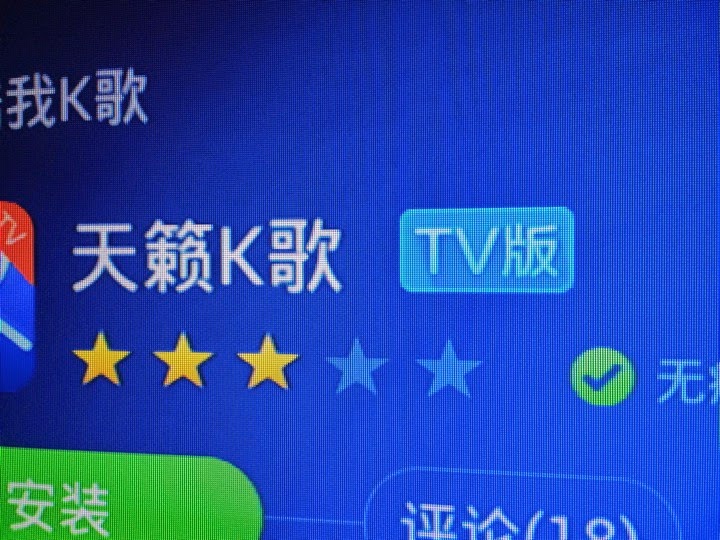 10.  Some App like LeTV will tell you that it cannot be used on a certain box. 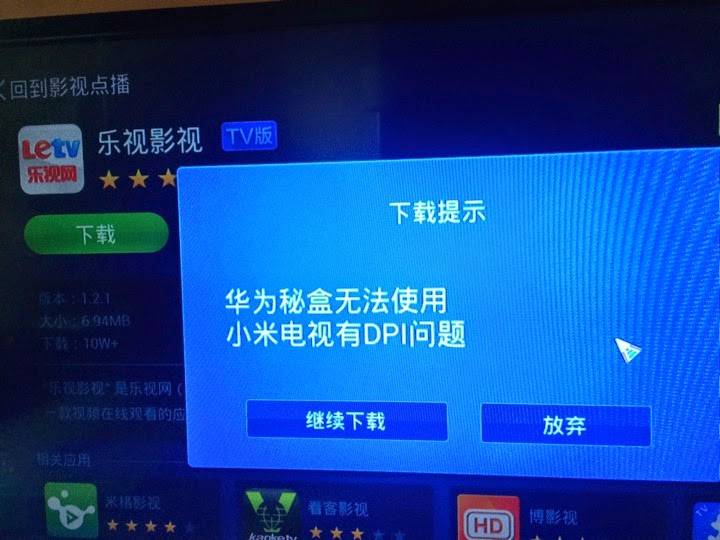 11.  The Sofa Butler also comes with Tools to test out your Internet speed to their servers. 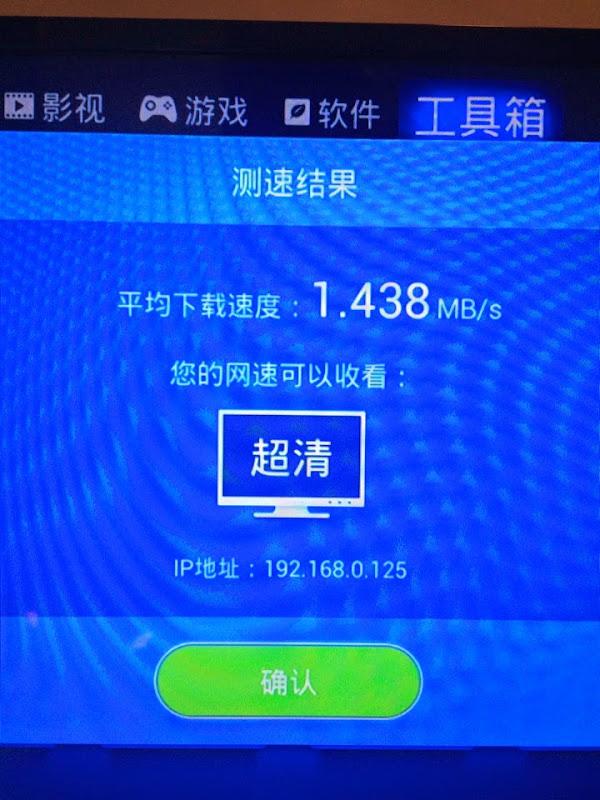 12.  You also can download some of the TV streaming app and they also come with very nice network testing tool.  For example, this one test with 4 major video on demand supplier.  So, it seems that Letv and Tencent can delver the fastest streaming. 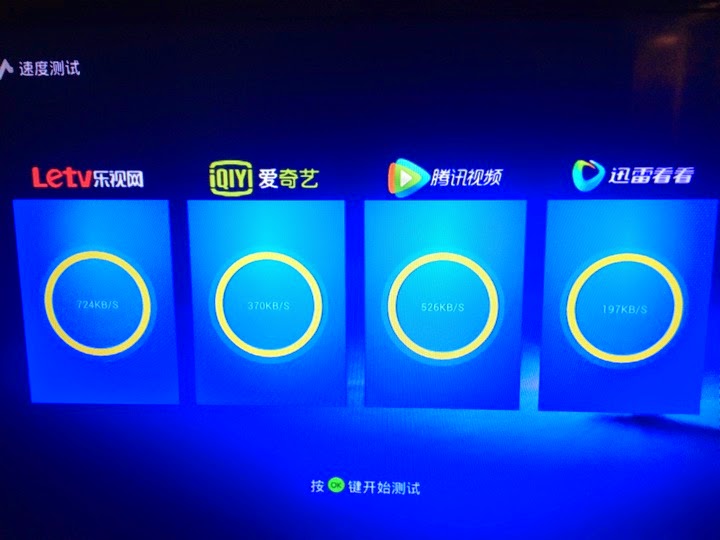 13.  Some network tools let you test 21 of the popular network.  But I think it is not accurate many of them. 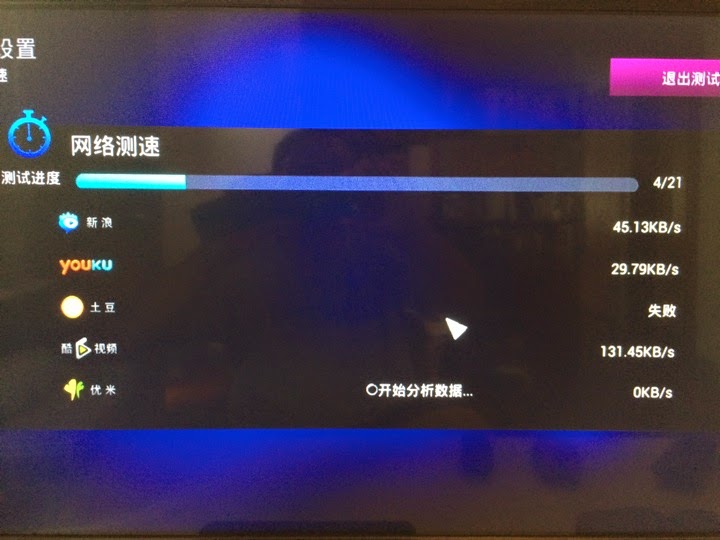 14.  So, the best think to test is still thru the old fashion method.  Download the app, and run the app, and feel the speed.

15.  For example, I download the brand new “TV version” PPTV client onto my Minix.  And on the ViewQwest broadband network, it is fast.  For PPTV, since the caching server is on ViewQwest network, therefore, running the movie or shows usually takes about 1 second buffering time.  Very fast.  So, when you fast forward, it is like immediately stream from where you fast forward to.

16.  I like the Sohu desktop.  It has a small TV screen for you to preview the show.  It takes about 5-10 seconds to stream to show too.  And it has recommendation of show based on what you have watched too.

17.  I also like the Rabbit TV.  the interface is good and there is no complaint from me when it buffer and stream the show.  So, as you can see, it will scan thru its list of streaming source and then give you the best sources to watch the streaming.  It takes about 6-9 seconds to stream the TV show.  And it chosen Sohu as the source.

18.  Lastly, let me show you the Youku video.  The buffering time is slightly longer at 10-15 seconds.  But the quality of Youku shows is usually very high quality HD.

So, after 4 days of working on this small little frustrating project.  I finally decided to keep the following Apps on my desktop so that I will use it from time to time to watch the hundreds of thousands of movies and TV shows.  There even have the Karaoke app for me to play music.  The LeTV need to pay money.  so, It is going to be removed.  The PPS is a bit low resolution.  I like the Baidu Cloud2TV.  It is done by a Search engine company so you can now they will have lots of relevant search result for you to choose from.  iQiYi is quite bad on ViewQwest network.  So, going to remove that too. 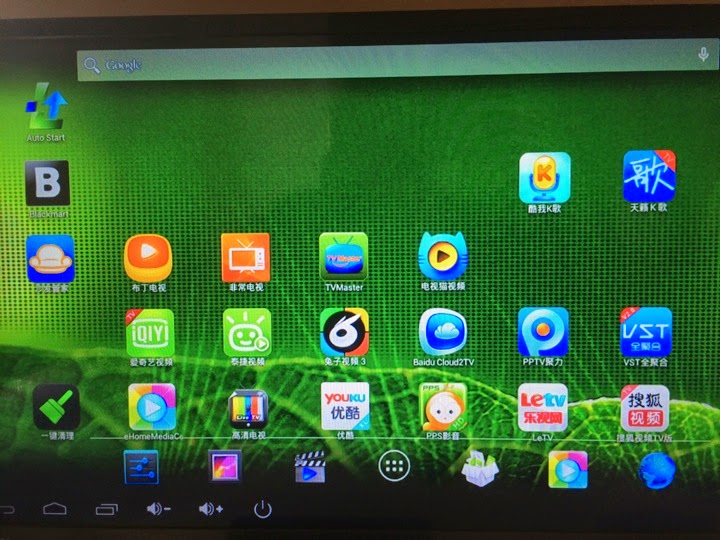 Of course, you need to find the best Launcher.  So, for me, I am still searching for one.  But I am incline to use the “万花筒视频” as it is the most intuitive one I can find. 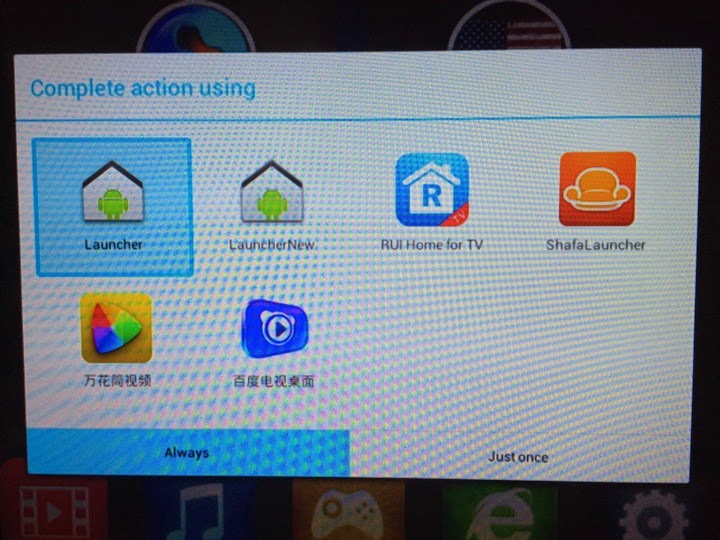 One last thing.  LeTV can run on ViewQwest Broadband very well.  It usually takes about 1-2 seconds to launch the show too. 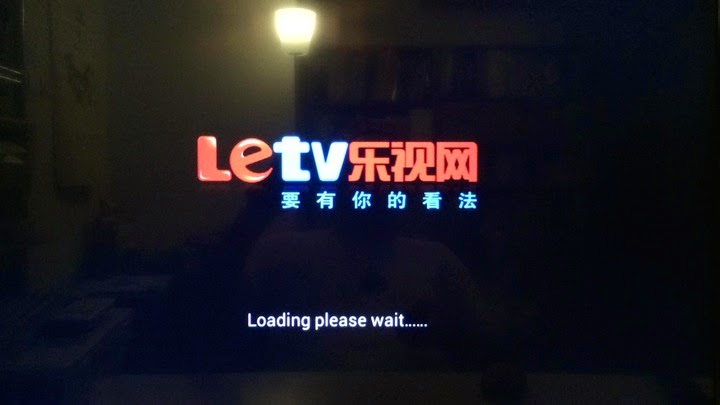 But their latest App comes with prices too.  So, now you need to subscribe for LeTV.  LeTV can run very well on SingTel network too.  But too bad, they need to collect money soon.  The strange things is, the LeTV app on my iPad is still free to watch.  For the TV version, the only allow you to watch SD version, and you need to pay for HD. 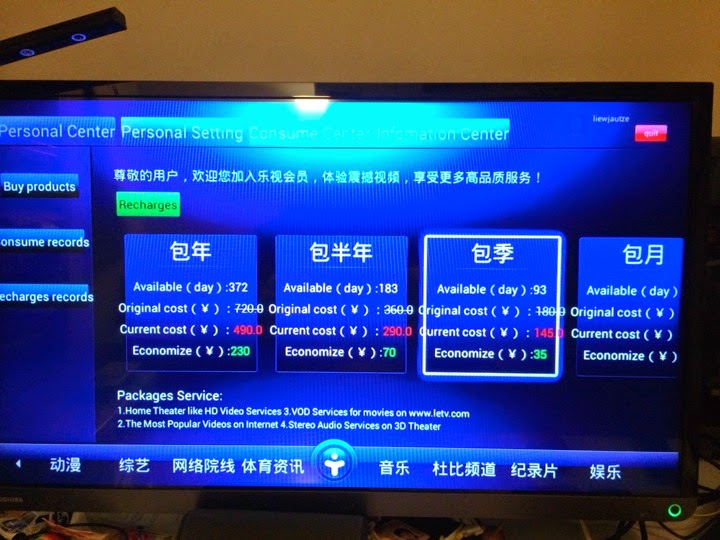 Last thought.  The Chinese programmer is really good.  They actually will come up with all kinds of Apps that will help you to install “Correct” Apps onto your Android mini-PC.  After you have learned how to do it, you do not need to go thru the painful path I have been thru.  I can still remember, I bitch about the Android Apps, how fragmented the App stores, and so on for whole 3 days.  Until I found the “Sofa Butler” app that helps me to install all the correct Apps with TV version of the App and App that works with the TV remote control.

So, I am not so angry any more after I discovered it.

So, you can turn your Minix into a Xiaomi look alike box too.  Have fun! 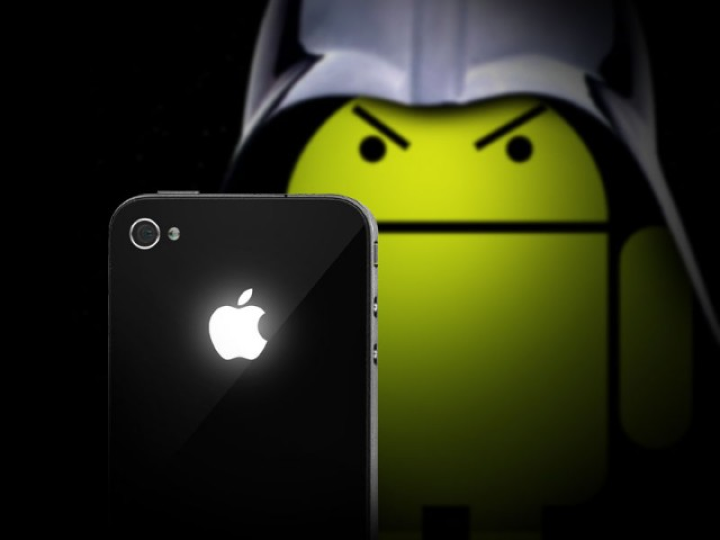