Jay Jay has fully recovered from his knee injury.  Three weeks not on the golf course.

And today is the Junior Golf Medal day again. 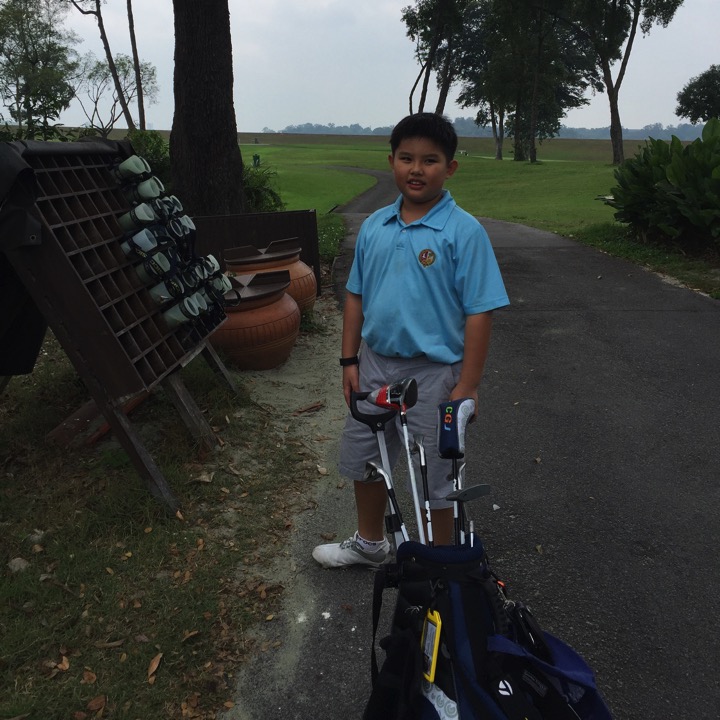 And again, he is up against two P6 students (caucasians kids).  You look at the heights you know they are going to hit further than you and have more mental than you.  But it is always a good challenge for Jay as he is really trying to win them all the time.  The big and tall guy (even taller and bigger than the boy on the right) did not come. 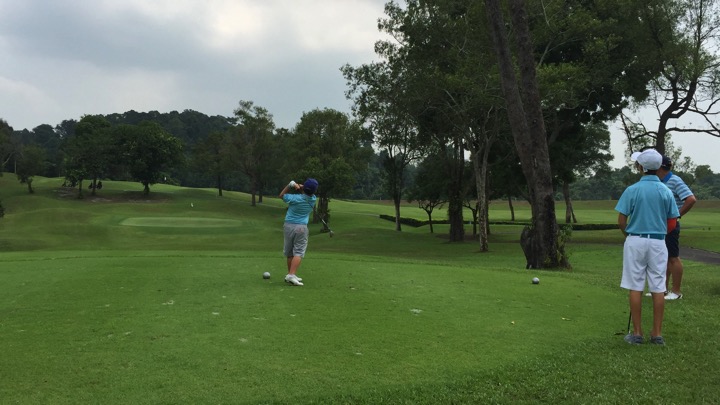 Let’s take a good look on how he did.  I can’t stay too near to them.  So, some of the video are shot from far away.

He is the first to tee off.  And he still have that aiming problem.  He turn his neck too much thinking that he is hitting straight in front.  Instead you can see that he is aiming to the left.  And it is a perfect straight shot.

But he did not over swing his club and he hit a very straight and easy shot.

Well done on the first drive.  Later he chip the second shot to the green and take 3 putts to put the ball into the hole.

(Turn up the speaker and listen to the ping sound of the drive).

Very good tee off with his Cobra driver.

This is the 2nd shot of hole #2.  And he hit it to the middle of the two bunkers.

A very good hit too.

He used a putter to bring the ball up pass the pin.

Later he hit a very good putt and the ball just pass the pin left with about 3 meter to the pin.  Unfortunately, he miss the par.

But his score was not good enough to beat Dominique.  As Dominique has pretty good short game.