Wow, the kids has visited Peek-a-Boo 2 days ago and now Polliwogs. 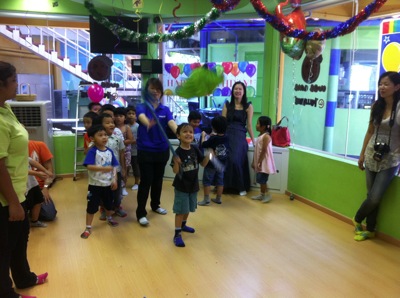 It's seems that this is the most popular game in birthday parties.  Every party you go, will have this game where the kids take turn to swing a stick at a paper animal that is full of sweets and candies. 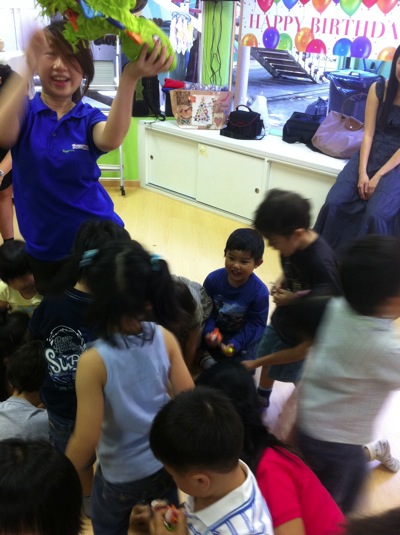 The kids are to pick up all these sweets and candies on the floor. 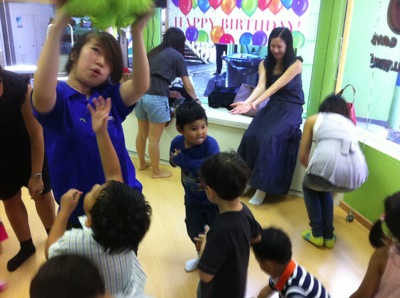 Jay Jay did picked up a hands full of candies in his hands. 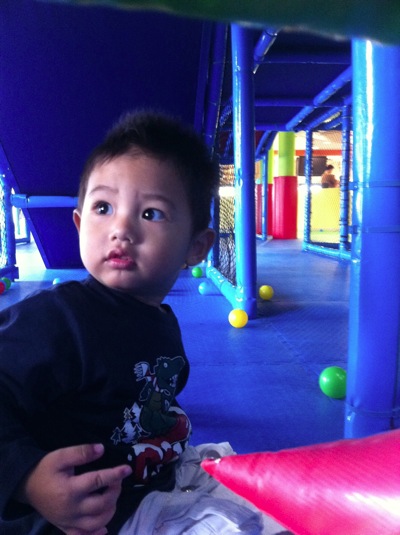 The little one has waken, an now, he is very active playing in the playground. 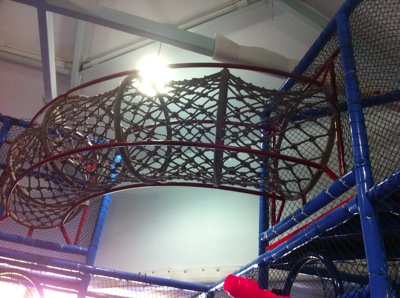 Wow, that looks dangerous... I wonder how many kids will claim up there... 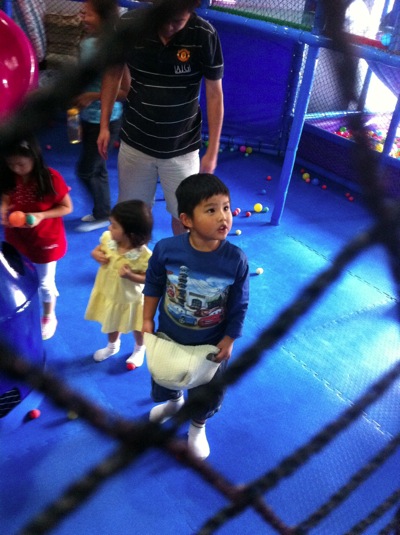 There he goes, pick up bullets and keep observing all the turrent/Air Gun location, and trying to see how to shoot. 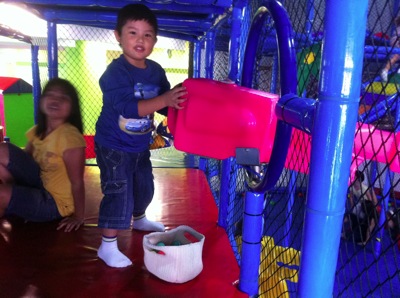 Yes, he got hold of the turret.  Fire.

1.  In order to make it more fun, you will volunteer to be the TARGET.  So, every kids will aim their Air Gun at you.  And you just dance like monkey and jump up and down at the center.  The kids will love it.

2.  Help to pick up the bullets for the kids.  And give it to them.  So that they can load their guns and shoot you.

3.  Also throw the balls at them.  So that they will also now that enemy will fight back.

Of course, before you go, you must organize and invite your kids' friends there... so that they can play together.

The Polliwogs, in my opinion is much better than the Safra one at Jurong West/Boon Lay there (opposite Jurong Point).  The Air Guns are much more and it is much lower than the Safra one.  And the gun can shoot people.  :)  Not many slides there though for the bigger kids.  But its fun.

Look at Kay, how he have fun!