We are at the Wonders Work Robotics Course again. 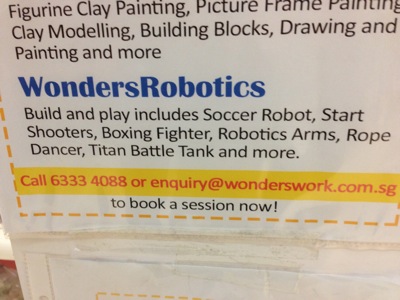 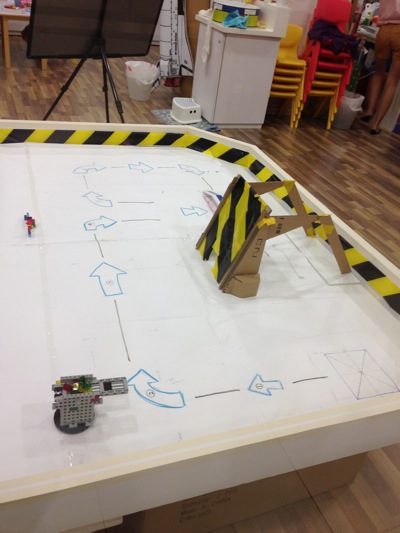 This is Jay Jay robot car.  See, the vertical claw is super long. 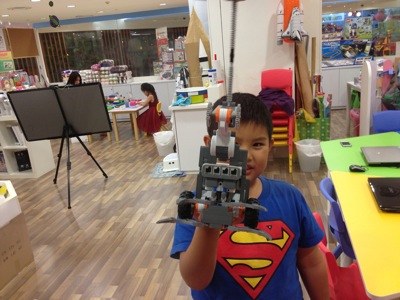 Let's put the robot into work, and see how we can fix the problem one by one. 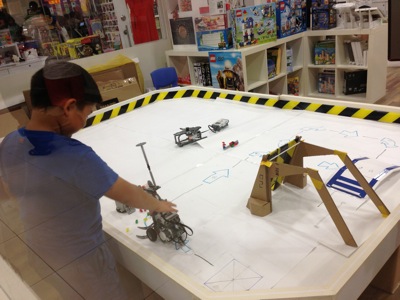 This is the lego bricks dispenser.  Touch the pedal and all bricks go down. 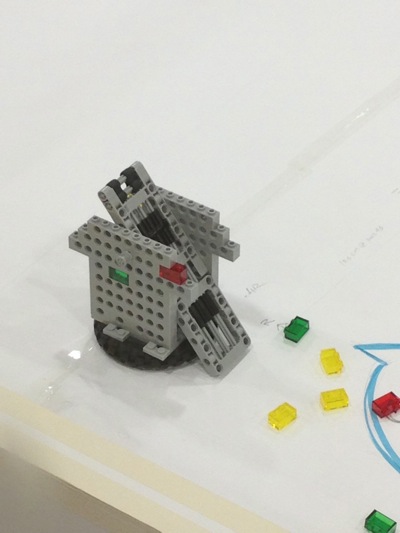 After 3 hours, Jay Jay finally did it!  And he collected 4 bricks.  Good job!

Again, Kee Wei is there together with Jay Jay. 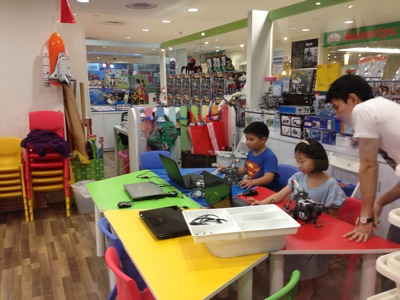 This is a compilations for videos how Jay Jay solve the problem step by step.  Notice that he actually make the robot works  but the robot actually broke his claw at the end because the class is designed to be movable initially.

So, back to the drawing board.  Jay Jay has to redesign his horizontal claws. 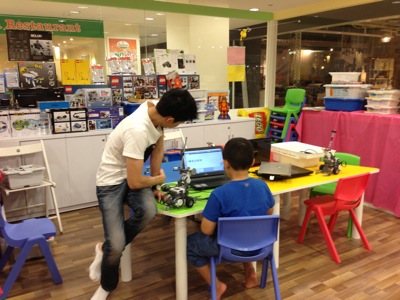 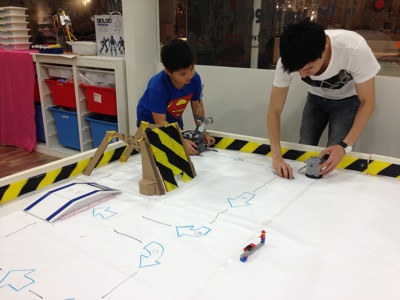 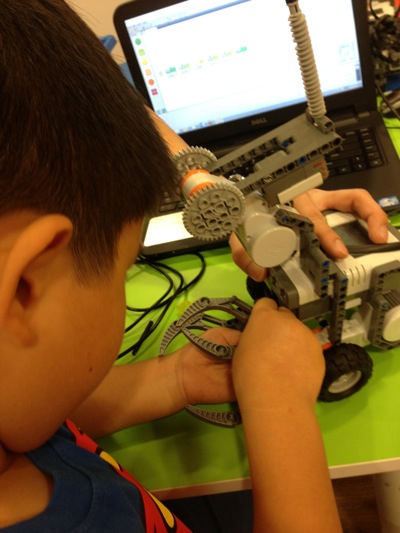 And finally, this claw pair collected 4 lego bricks.  The aim of the project is to collect at least 3.  And he collected 4.  Well done Jay Jay! 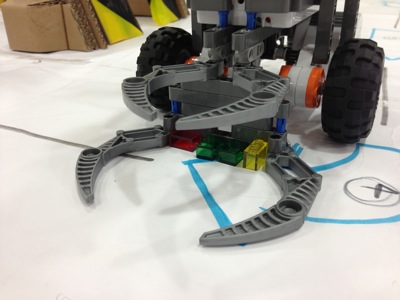