He always can come up with very interesting project to keep the kids to keep on coming back.

1.  He will keep laughing (play back laughing WAV file) every 30 seconds.

3.  When he is hit, he will raise his sword/stick in front so that it make the difficulties to hit more challenging. 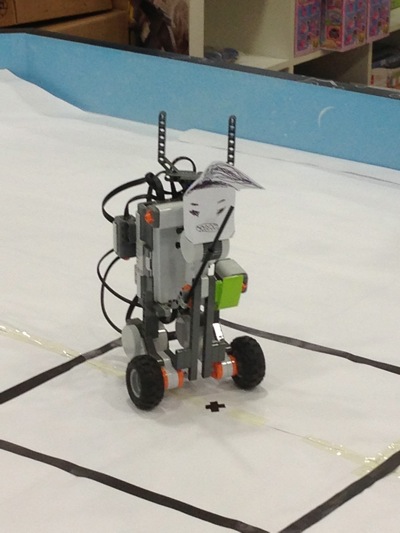 This week project is...

a.  Design (freely) a robot to fight the evil big boss robot.

b.  The aim is to design arms and legs to hit the touch sensor of the evil big boss robot.

c.  Once you hit the evil big boss robot, you must move backwards.

d.  hit the evil big boss robot until it moves out of the square box. 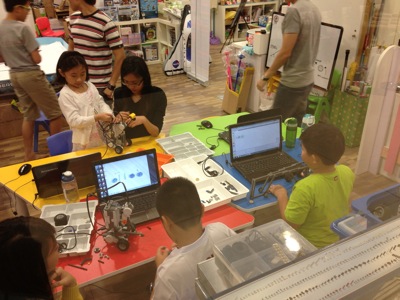 Playful Jay Jay designed a robot with very very long arms.  The arms are so long that he has to build two wheels to support it underneath.

Aiyo… When you see it, you immediately know it won't work. 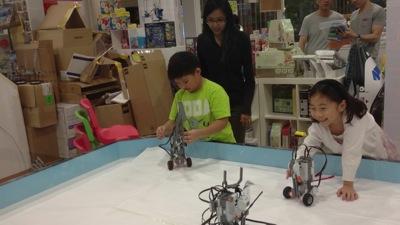 No wonder Jay Jay has to spent more time to troubleshoot and figure out why it does not work as it intended to.  HaHaHa

Even if he knows the design will not work.  But he will assist the student to make that mistake. 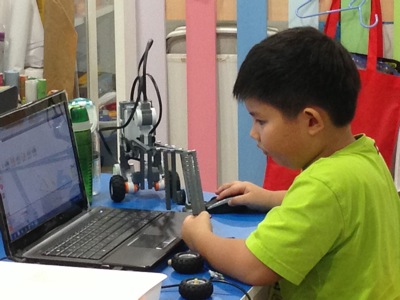 So, Jay Jay finally understand that this robot with long arms will not work.

So, teachers put two models/sample in front of Jay and ask how should Jay Jay modify his robot. 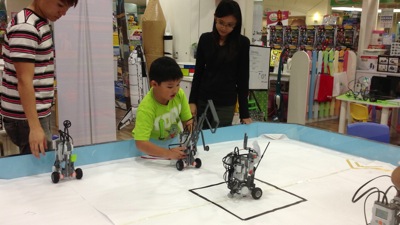 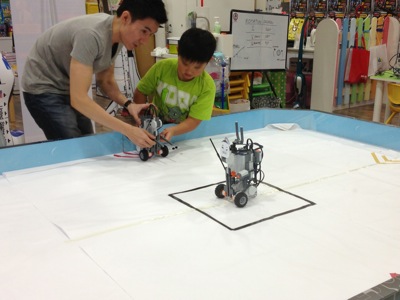 More work has to be done when you have short arm. 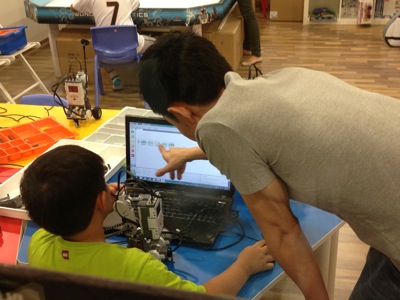 And then after a number of tries, he added a horizontal bar in front so that the robot arm can cover much bigger space.

And let's try it out.

So the kids one by one keep on trying to punch the touch sensor.

Poor evil big boss got beaten up by all the Karate robots. 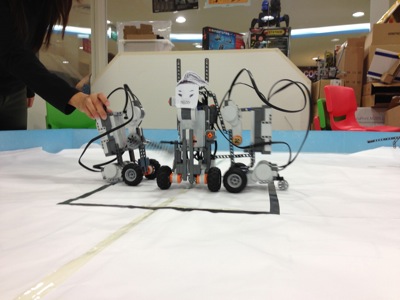 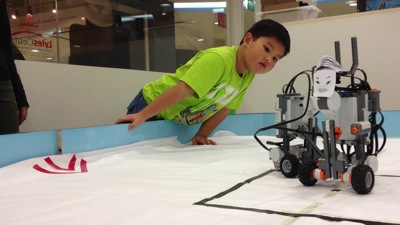 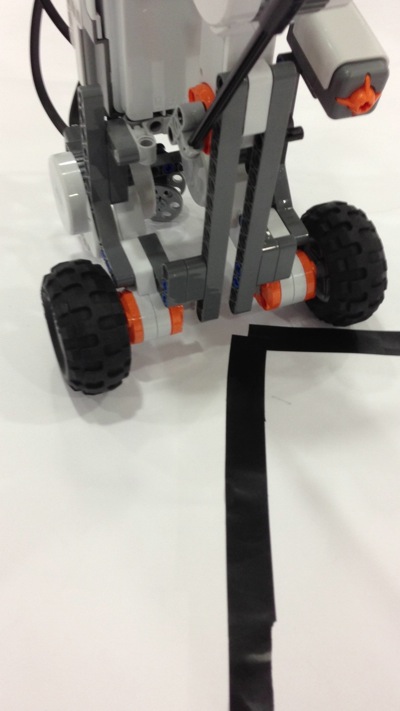