Our First Golf Game Together Without The Coach

Jay Jay has a Yellow Golf Tag that he earned from the Junior Golf program that allows him to play rounds of golf games at the Millennium Nine Hole Executive Golf.

Today is the start of his P2 September Holidays.

So, I brought him here for a game of golf. 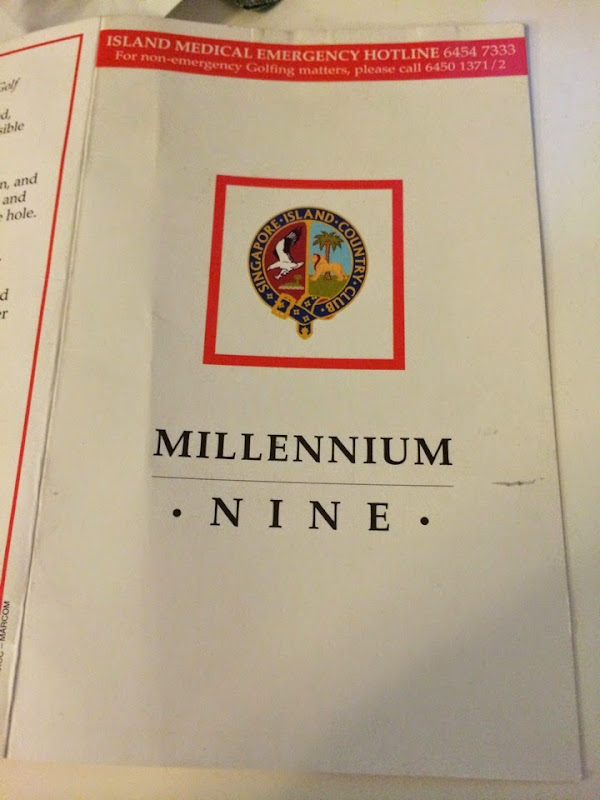 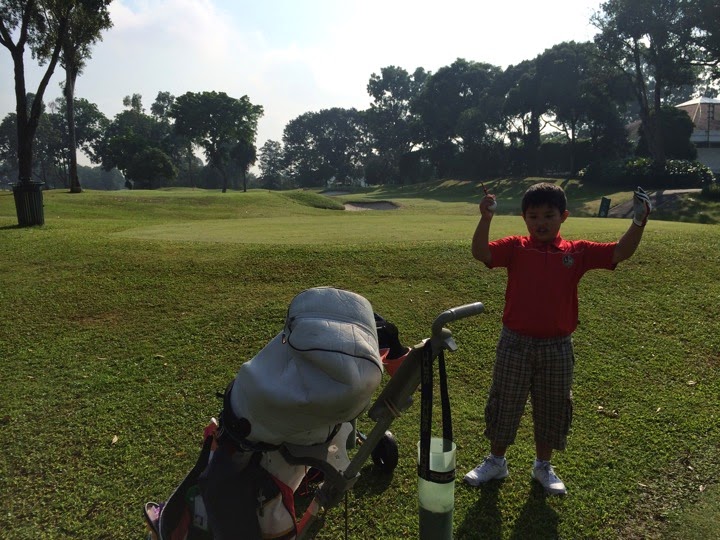 Here are the video highlights of his golf game.  Of course, all the good shots.

I must say, for an 8 years old kid, IMHO he is doing pretty well.  This is his first tee off shot at hole #1.

He is having a lot of problem in controlling his putt.

He always use too much arm power to putt.  Which I have spent the hole 9 holes explaining to him how to correctly swing the pendulum swing without using any arm power.

Then, his aiming, his stance is off by quite a bit which cause his club face open when putting.

He really wasted a lot of putts.  Later when you see his score cards, I can say almost 70% is contributed by his putt.

Here he tee off for his 2nd shot.  He shoot about 88 meter for this shot.  His driver is OK.

However, he is having some problem with his fairway wood.

May be too long never swing it.

He swung the ball into the bunker.

This is probably his first ever bunker shot.

And he made it.

The golf ball came out of the bunker and landed far away from the flag.

Nice try and can be improved.

Not a bad shot, just that the direction is off.  I think his leg stance is towards left, and his club face aiming right.  And that cause his club face open.

This is tee off at 4th hole which is an elevated green.  Nice shot Jay!

Still aiming is a big problem.

This is not a bad shot too.

Here I am teaching him course management.

He has to learn to hit the ball a bit to the left of the flag to avoid the sand bunker.

And finally the last few shots of his iron shots are not topping the ball. He finally learned how to make the ball fly while standing on uneven ground. 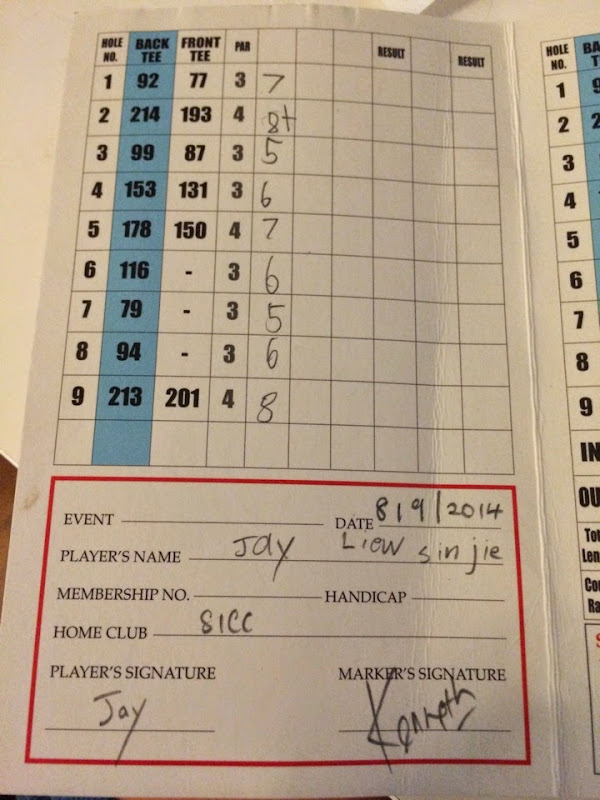 I think he is doing quite well after spending more time on the course.

I hope he can do well in the next week competition.  :)  good luck Jay! 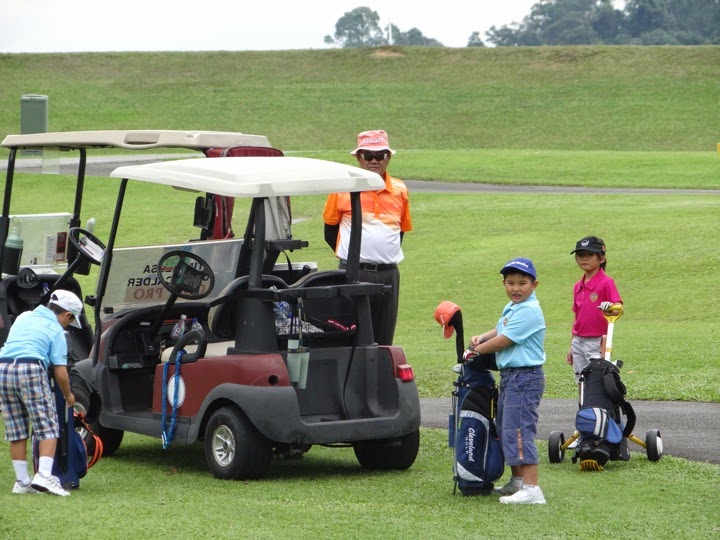