For a couple of days, Jay Jay has been bugging us to bring him to Red Cross so that he can donate his piggy bank money to help the Japanese.  Jay loves to go Japan, and sit on the Shinkansen, and loves to eat the food there.  When he learned about the earthquake he is concern.  And ask a lot of questions about why, how, etc. 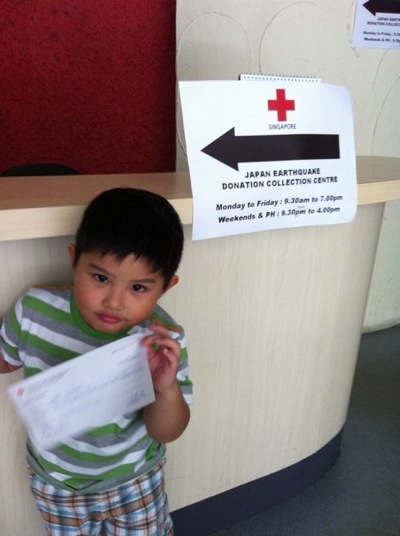 So, we explained to him, and he understood, and then, he says he wanted to donate the piggy bank money to the Japanese. 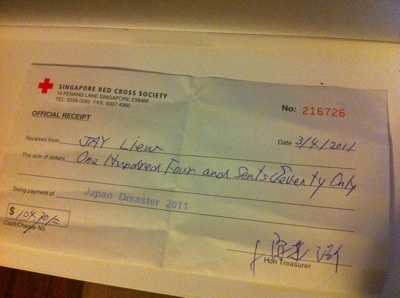 It happens that the treasurer who received the money is also a Japanese, and his name is also Jay.  :)