Upgraded to Lion.  The first thing that you notice difference is the Natural Scroll.  So, do you want to be natural or unnatural? 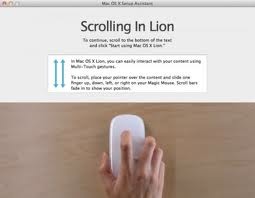 If you look back on the history of the scroll wheel mouse.  It is a great design. 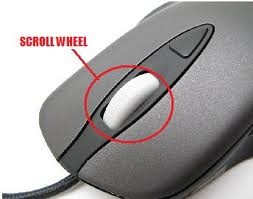 And it is using the wheel pulley theory, to design it. 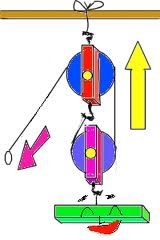 Means, you push the wheel down, and the opposite force will go the other direction.  So, the scroll wheel mouse was designed that way, the "natural" way of roll down the wheel and the canvas text (screen) goes up.

Then, human being evolved.  They become more clever and invented the touch pad on the laptop. 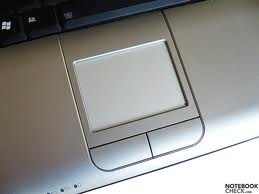 When poeple invented the touch pad, their intention is to MIMIC the mouse function.  It is not nice to install a scroll wheel on the laptop, so, they copy all the functions, i.e. 2 buttons, and the direction of scrolling text.  No body talks about whether it is natural or not natural.

Then, Apple invented iPhone and iPad... 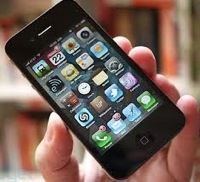 When we used the touch screen on iPhone and iPad, and when you need to scroll, it is like a stack of paper, you simply move the first piece of paper up in order to put that first piece of paper away and show you the second piece.  So, that is Natural scrolling.  Some people can scroll the paper down, but where will you keep these papers when your body is too close to the stack of paper?

So, now Apple is asking themselves... when I design the next operating system, and that operating systems is actually the same as the iOS installed on iPhone or iPad... why is my touch pad or touch mouse scrolling text in an opposite direction????  It is touch UI (user interface), shouldn't it be the same for all devices?  Then, I think they reliazed that they had never asked this question before and they just simply uses what is available to them without questioning about the design whether is natural or not. 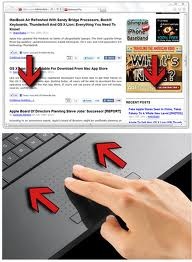 So, if you really think about it... is this Natural or unnatural?

Once you decided, simply turn it off if you don't like it.  Otherwise, leave the default there and be part of the true Lion users. 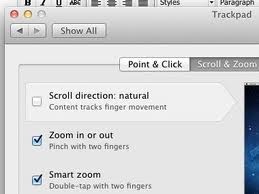 No need to be angry about it.  It's just a design issue, and a users choice selections issue only.

For me, both my MBA and iMac are using the default settings.  And it takes me less than an hour to burn it into my memory.