Today, we have a guest lecturer.  He taught us wines from the South America.  i.e. Chile, Argentina & Uruguay, etc.

However, as you know, as a student, especially a chinese students, sometimes, I will have problems hearing or even spell out the "Spanish" name of the wines, vineyards, vine makers in his lesson. Especially when there is not sufficient notes about the wines from this region.  He is indeed very knowledgeable about the wines from South American, but it would help with a bit of handout notes in hand to understand what he is talking about.  :)  Here, I will try to recap and do my own research on this region.  :)  So that I can have a bit more "real" understanding about the South American wine.

This is his profile.  He was executives for Sime Darby and Nestle too.  So he is a business man.  And then a wine lover. 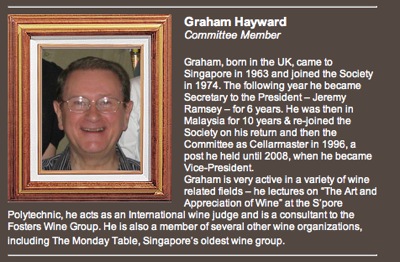 OK. South American Wines.  Mainly from Argentina & Chile.  So, "Which side are you on?"  is mainly refer to the Chile on the left of the Andes mountains and Argentina on the right of it. 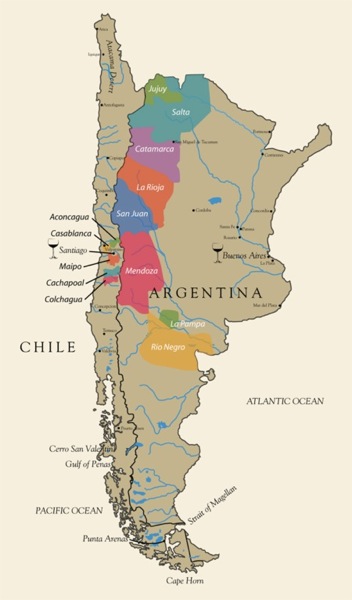 It is in South American where they have their National Grapes.

OK.  If you see "RESERVE" on the bottle label from South American Wines, IT DOES NOT MEAN ANYTHING.  unlike the Old world wines.  So, don't be fool by the label.

Here is a very nice map of Wine Regions of Chile. 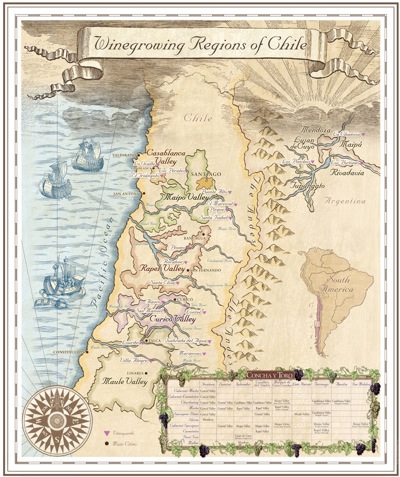 If you wish to learned more about the Chilean wines, here is a good site to go to, to learn about the history.

Some important points are gathered here...

- Chile is now the fifth largest exporter of wines to the United States.

- The most common grapes are Cabernet Sauvignon, Merlot and Carmenère.

- The entrance of phylloxera into the French wine world turned into a positive event for the Chilean wine industry. With vineyards in ruin, many French winemakers traveled to South America, bringing their experience and techniques with them.

- Chile's wine laws are more similar to the US appellation system than to France's Appellation d'origine contrôlée that most of Europe has based their wine laws on.  Which is based on Regions.

- In fact, many grapes that were originally considered to be Merlot grapes, have recently been identified as Carmenere, which is a variety that is hard to find.  Almost extinct. 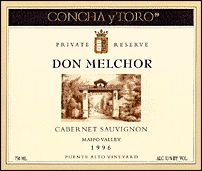 Concha y'Toro
A humungous winery, these people sell but a modest amount of wine in the U.S.  Sales tallied to something like 2 million cases.  In the U.S. alone!

Much of their wine is basic "plonk."  They now are marketing the standard wines with the designation "Sunrise."  I suppose these are to be consumed out of coffee cups in the morning.
What do you mean by PLONK?? ==> poor quality wine.  From http://en.wikipedia.org/wiki/Plonk

Then they have their "Casillero del Diablo" label, a significantly better wine.

This winery was founded in 1988, Señor Montes having the idea of making really "good" Chilean wine instead of the prevailing custom of making really "cheap" Chilean wine.  What a concept!  Quality.
It turns out this fellow is on the right track, though.
We've rarely found the mainstream wines of Chile to be "world class."  Typically they're more bottom-of-the-barrel/acceptable-for-a-low-price.

Montes has caused a bit of a change in Chile.  Winemakers are seeing it is possible to establish a brand in foreign markets if you have quality.

The really stunning fine bottle is called Montes Alpha "M."
Here's a wine from Apalta, a sub-region of the Colchagua Valley.  Anyone tasting this wine and not saying it's, at the least, in the realm of "damned good" to "excellent" simply has steel wool for a palate.  The wine comes from vineyards just 18 miles from the coast.  Cool nights allow for a retention of acidity in the fruit.  Cabernet Sauvignon accounts for 80% of the blend, the rest being Merlot and Cabernet Franc.  French oak.  The fine-grained tannins allow for this to be consumed in its youth.  With pleasure.

This Montes black label wine is remarkably good.  It's a 2009 vintage blend of Cabernet Sauvignon and Carmenere.  The wine comes from the Colchagua Valley and is matured in American oak.
Lots of people really like this exceptionally appealing wine...it beats the hell out of anything found from California in this price category.

Winemaker Aurelio Montes had experimented with various percentage blends, finally deciding the 70% Cabernet and 30% Carmenere was the best.  He sure hit that nail on the head! 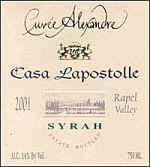 With French ownership, the property owned by the Marnier-Lapostolle family is making, to our tastes, some of the finest wines in South America. Alexandra Marnier-Lapostolle is the young visionary behind this large firm. The winery is located in the Rapel Valley. The firm owns more than 700 acres of its own and then leases another 400 to produce more than 100,000 cases annually.

Some example of the labels... 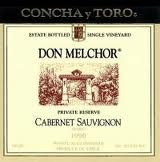 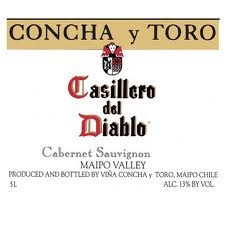 About this brand.  Valdiviseso Caballo Loco means "Crazy horse".  This wine is a very special wine.  There is NO VINTAGE on the label.  Yet, there is no grapes info on the label too.  It is a multi-vintage blend of wines, YES.  Multi-vintage blend of wines.  The exact composition never disclosed, but there was a general consensus - based on tasting the wine rather than  any secret information, that they were largely Bordeaux blends.  i.e. Cabernet Sauvignon, Franc, Merlot, may includes some Carmenere or even Melbec, or Syrah and Pinot Noir too.  The wine was produced using a solera system, with half of the first vintage - Number One help back for blending with the wine made the following year - Number Two.  And so on each year, so that more recent cuvees, i.e. Number Ten, includes a blend of wine from many vintages.

In our class, we had a number 8.  And it was very dissappointing.  It is very unique indeed.  I don't like it.

I found a rather interesting article about  Why do I get headache from wine...

Here is the Wine Region of Argentina.

- Argentina is still best known for its red wines.

- The French brought Auxerrois, which became known as Malbec, which makes most of Argentina's best known wines.

- The Italians brought vines that they called Bonarda, although Argentine Bonarda appears to be the Corbeau of Savoie, also known as Charbono in California, which may be related to Dolcetto. It has nothing in common with the light fruity wines made from Bonarda Piemontese in Piedmont.

- The Province and city of Mendoza is at the heart of the wine industry.  Around 80% of Argentina’s vineyards are planted in the Mendoza region bordering the Andes mountains.

- As far as Argentinean white wines go, Torrontes represents the essence of Argentina. Argentina is one of the only countries that produce this wine, alive with the vigor of fruit and the scent of flora.  It is a member of the Malvasia group that makes aromatic white wines.

- The most important wine regions of the country are located in the provinces of Mendoza and San Juan (Cuyo region), and La Rioja. 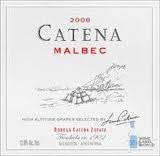 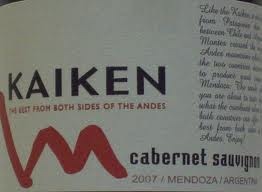 Some nice articles about Argentina wines 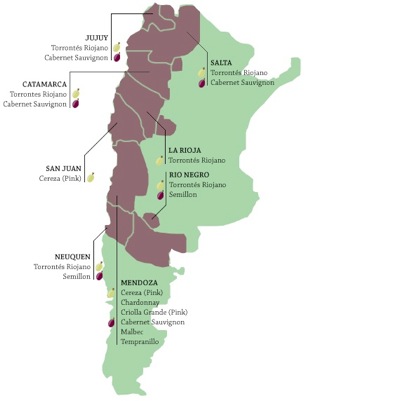 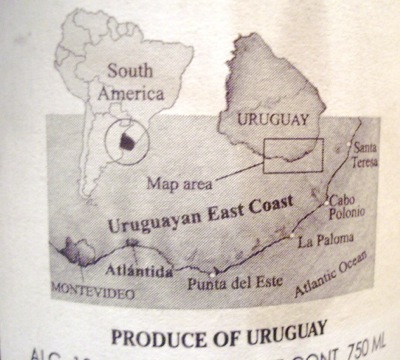 Uruguay produces a large amount of internationally recognized wines, however it is important to note because they rely heavily on Tannat. Tannat requires a long aging process, so the improvement in Uruguay’s wine industry will not be seen for several years. They seem to be making advances at a similar rate to their counterparts in Argentina and Chile. Within a few years, Uruguay could be the “next big thing” in wine. They have also brought in several other red grapes that are native to France and should excel in this region.

The other topic that we learned from the class today is Sparkling wine.

A lot of people equate Sparkling wine == Champaign.  The french will disagree. 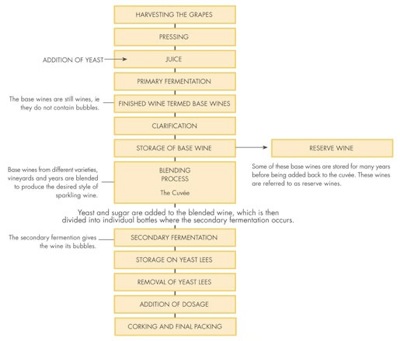 - Sparkling wine comes in all shapes and sizes – white, red, pink, dry, sweet, light, rich – however it is the bubbles and process that creates these bubbles that differentiates sparkling wine from other table wines.

- The majority of sparkling wines produced are white however this belies the fact that one of the most important grape varieties used in the production of sparkling wine is the red grape, Pinot Noir, most usually blended with Chardonnay.

- Following the first alcoholic fermentation, various base wines are often blended together and reserve wines are sometimes added, until the desired style has been created.  This process generally takes place in stainless steel tanks.

- And then the second stage, where the bubbles are added via a secondary fermentation, occurs in the bottle or in a specially designed tank.

- The traditional method – also known by various other names such as Méthode Champenoise – of producing sparkling wines is also the most time consuming and expensive. A mixture of sugar and yeast, known as liqueur de tirage, is added to the blended wine which is then divided into individual bottles.  These bottles are then sealed with an interim crown seal and a second alcoholic fermentation takes place in the bottle.  The fermentation process generating carbon dioxide which dissolves into the wine under pressure and creates the all important bubbles.

- Following this secondary fermentation, the wine is matured in bottle on the yeast lees, adding character to the sparkling wine. The length of the storage on yeast lees or ageing varies depending on the desired wine style and quality. Eventually the lees is removed from the bottle using a process known as riddling. This originally took several weeks to shake the sticky lees to the neck of the bottle but mechanised machinery now has the process down to around ten days. 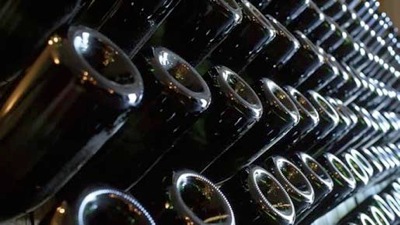 - The removal of this sediment is known as disgorgement. The cap of the inverted bottle is snap frozen, the crown seal removed and the lees ejected. A small dose of wine with a final adjustment of sweetness is added and a cork, cage and foil are put in place.

- There are many other methods.  Some more readings here...

- Whatever the style or colour of a sparkling wine, its defining characteristic is the bubbles that it contains, which in turn are the key feature of its unique production method and secondary fermentation – whether Traditional Method; Transfer Method or Charmat Method. While production method can certainly help determine style, the real quality direction of the wine lies in the initial preparation of the base wine. 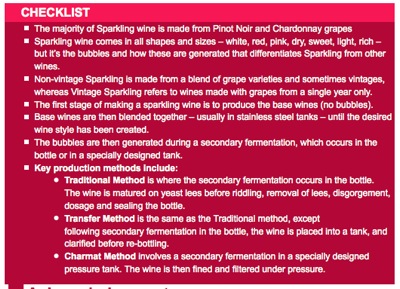 OK... Champagn wine in China is translated as follow... May be fake... 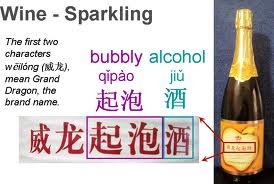 How to read a Champagne label? 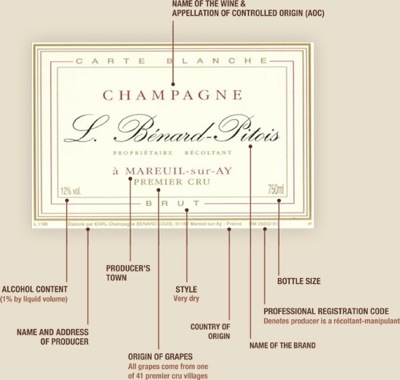 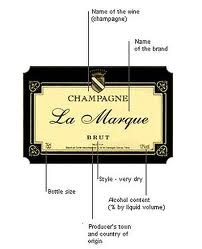 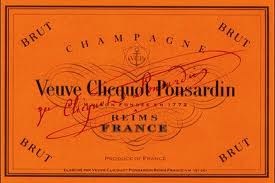