Today, we got a guess lecturer, Mr. KK Ng, who is Senior Consultant of Whiz Hospitality Consultancy.  He said his fees are not cheap, but got quality.  But the interesting thing is, I could not find a lot of info about this guy, nor the Whiz Hospotality Consultancy.  Interetsing.  :)

- He taught us about Trending & Concepts on F&B. 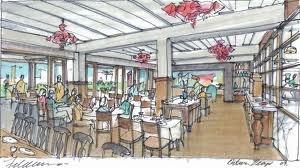 - Things that I remember from the class are:

1)  Trends can happy any time.  Any one can create a trend.  However, a trend must be controlled.  If not, Quality, service and hence price will drop.  And the trend will die off too.

3)  He does not believe in good chef will make the restaurant succeeded.  I think when you set up your own restaurant, there are two types.  One is really commercial and wanted to make money out of F&B.  Second is you really have a cook/chef that has the heart to cook for people.  Just like the "Da Chang Jin" like that.  I always like that show as it teached you a lot a lot of things about cooking and being a chef. 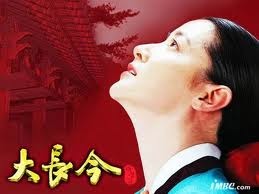 If you come to think about it.  I sort of like those Japanese home restaurant, where a whole family cook Ramen, or Curry Rice, etc.  They dedicately put in a lot of efforts and keep on improving on their cooking.

4)  He also pointed out that Singapore Hainanese Chicken Rice is actually a Fusion food. 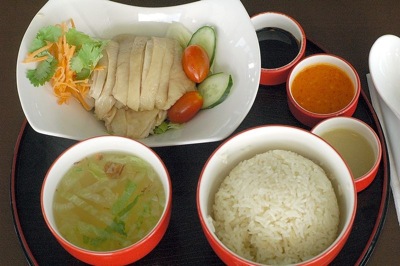 He was sharing with us that, when a German executive cook who works in Mandarin Hotel saw the way how Chinese cook the Hainanese Chicken, so, he shared with the cook and said that he can use how German slow cook the chicken method to make the Chicken more tender.  That is how the Chatterbox chicken came about.  It is a Fusion food.

Today, we also tasted a lot of wines.  I must say, a lot of bad wines or wines that I personally don't like. 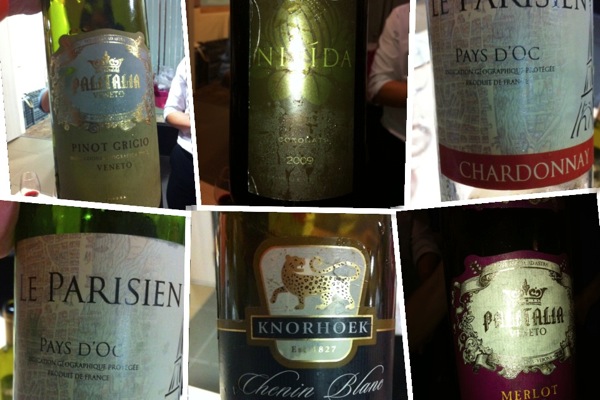 We had this 6 bottles of wine just to pair with our chili fried rice, and fried tofu.  Out of these 6, the Pinot Gricio is very nice.  There rest I don't like. 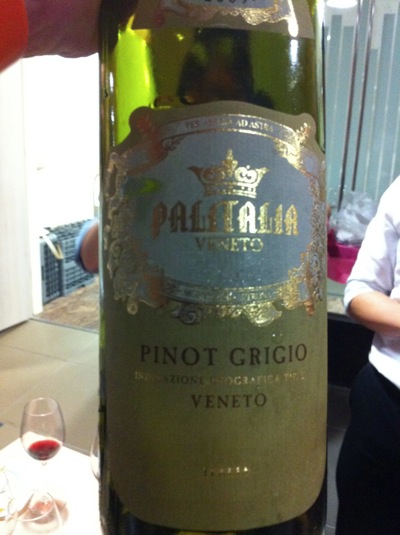 Then, we were asked to taste two wines without knowing which one is which, but we have to tell which is more expensive.  This is to find out the quality of wine. 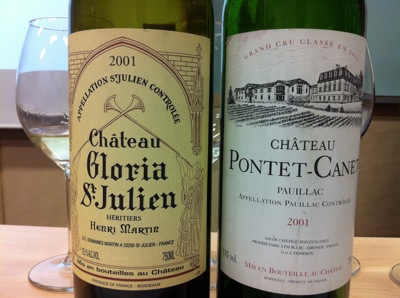 This is very interesting as it put everything that we learned for the past 7-8 weeks into good use.  And I am happy that I guessed correctly.  The Paullac is more expensive and is about US$70 per bottle but this is a fifth growth.  It is a Grand Cru Classes too.  As for the St. Julien's one, it costs about US$25.  Both are from similar region, both are from same vintage.  But one good, one bad. 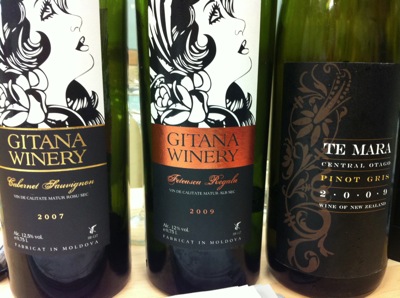 We have 2 bottles of Moldova's wine too.  The smell is nice, but I don't like both taste.  I find it quite sweet and it is riding up my nerves. 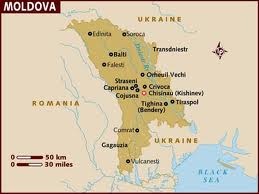 Where is Moldova again?  It is between Romania and Ukraine.

And the third bottle, is a Nice Pinot Gris.  Which we compared to the Pinot Gricio we had earlier from France.  This Pinot Gris is from New Zealand. 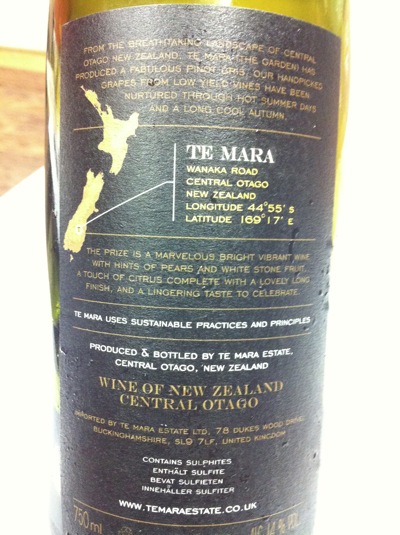 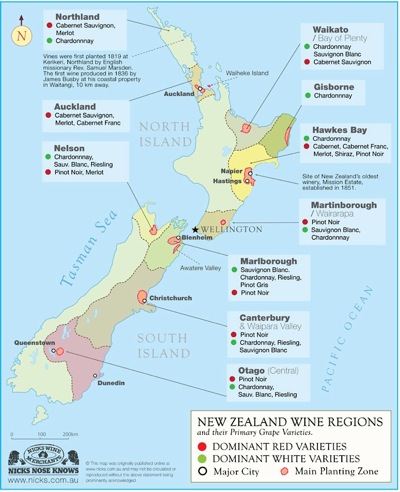 Pinot Noir seems to be a dominant red varieties, and Chardonnay and Riesling definitely for the white.  Let's see more maps. 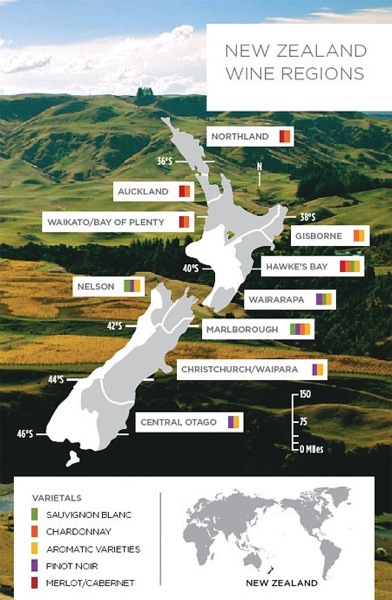 These are the main wine regions.  I think I am familiar with Marlborough.  Can't go wrong wit it.  I heard about Hawke's Bay too.

New Zealand is a relatively young wine-making country but they do things the right way. Focusing on grapes that they excel at has really pushed New Zealand into the ranks of top fine wine making countries. Sauvignon Blanc is the major white grape and Pinot Noir is the leading red. Also grown with success is Chardonnay, Pinot Gris, Riesling and Gewurztraminer. After Pinot Noir other red grapes that do well in New Zealand are Syrah, Cabernet Sauvignon and Merlot. The latter two are most commonly seen blended together. Of course there are other white and red grapes grown and used in making wine but these are produced in much lesser quantities.

One of the wine I love... Coudy Bay Vineyards... Cloudy Bay Vineyards is a winery in the Marlborough region of New Zealand. The winery is primarily noted for its Sauvignon Blancwines, and have played an important pioneering role in establishing New Zealand's and Marlborough's reputation. Cloudy Bay's first commercial vintage was produced in 1985 from purchased grapes, and the company later planted its own vineyards. It was one of the first New Zealand wines to be widely exported and came to attention because its fruit-forward style and very pronounced varietalcharacter. The classic French Sauvignon Blancs from Sancerre and Pouilly-Fumé from the Loire Valley were typically more restrained and austere in comparison, and with higher acid levels.

Cloudy Bay’s 140 hectares (350 acres) of vineyards are located at three sites in the winegrowing region of Marlborough, including areas close to the bay for which they are named. The region is noted for its production of Sauvignon Blanc wines.[1] The vines are planted on deep alluvial gravels. Five long-term contract growers also work closely with Cloudy Bay.

Cloudy Bay Vineyards is now owned by the multinational luxury goods firm LVMH (Louis Vuitton Möet Hennessy) through itschampagne houseVeuve Clicquot, and exports to 20 countries around the world, with the largest markets being Australia, United Kingdom, USA, Europe and Japan.